Erdil, who ranked 12th on the 2012 PWA World Tour Slalom series, notched an impressive 45.74 knots at Luderitz and is featured in this RedBull-sponsored clip profiling her record attempt. RedBull also published an interview here. 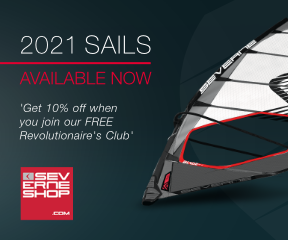