From our April 2021 edition of Windsurf Magazine, three time PWA Freestyle world champion, Ricardo Campello, is the subject for the latest instalment of our ‘Mark of a champion’ series as he reveals what has made him one of the world’s best windsurfers.

I’m not sure I’m the best at what I do, but thanks a lot Windsurf magazine if you think that! What I can assure you is that I try my best to be the best that’s for sure! To do so I just spend as much time as I can on the water, checking out videos and analysing the good and bad things I do on the water and always not thinking about whether I will get hurt or not. 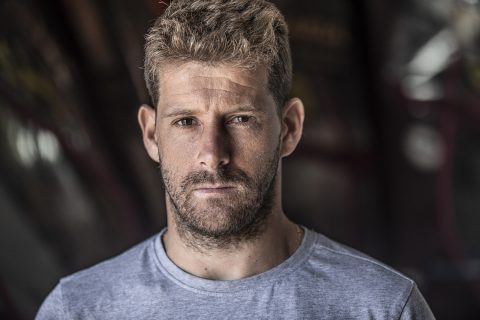 Excellence is like perfection I think, everything I try to do on the water I try to do perfectly (off the water definitely not ha ha), but yes, I try to perform the best I can on the water and if things don’ t come out the way I want I get upset with myself. Sometimes I do a turn or a trick and other people tell me wow that was a nice trick, but then I see it on video, or sometimes I already know without watching the video that the trick or turn wasn’t perfect and I say well thanks but I didn’t really like it, simply because it wasn’t as excellent as I wanted, but to make something excellent you have to fail a lot of times.

There are a lot of good and bad moments in my life that have made me who I am today, I think every achievement and every mistake you make in life makes you learn and forms the person we are today, being world champion for the first time was definitely one of those moments. I can’t really describe why, but I’m sure from there on it was a new step in my life and it completely changed my life. Losing and failing many many times was also part of who I am today, I learnt a lot from it and this made me change many things in my life. I still have a lot to learn and a lot to improve on, but in the past years I think I’ve made big steps and I will try to improve as much as I can on my mistakes 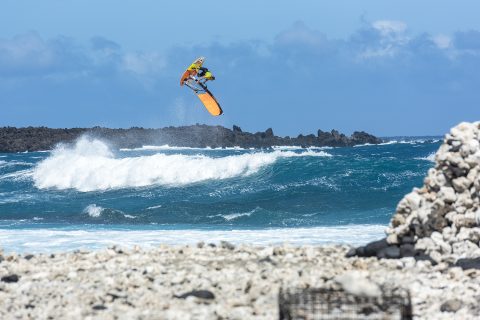 I think every athlete deserves respect for what they do, some are better then others and some are really a phenom, Kai Lenny to me is one of them. Besides being a super cool guy, humble and with his feet on the ground, the guy is just amazing at everything he does on the water. I’m actually glad he doesn’t compete on the PWA more as he would probably be kicking our asses ha ha.

Kelly Slater is also on my inspiration list as the guy has 11 world titles and is nearly 50 years old and still beating the young ones!

Antoine Albeau is also on my list, he is also amazing at what he does and maintaining those titles for so long is something that needs respect.

My best decision recently was to sign with Naish, they have been amazing to me and we have been working non-stop to make even better products. I also decided to live on Maui, and it was the right call. If I had not been on Maui I would have been stuck in Venezuela for 8 months as the country was 100% closed to go in and out of, as well as the problems of fuel shortage there too. 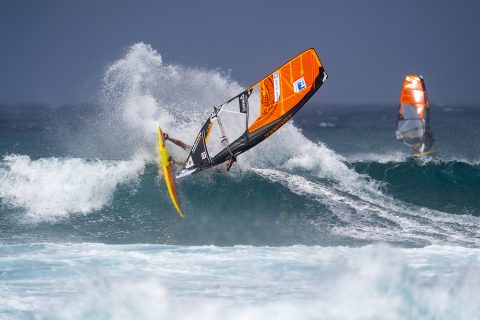 WORDS TO LIVE BY

Live life to the fullest, enjoy it as much as you can, you never know what tomorrow is going to bring.

I think life balance is when your life is stable, you’re happy, have a good partner next to you that supports you in every possible way and also have good family and friends, get paid to do what you love and live in paradise! I can’t complain about my current situation.

My ambition is to get better and better, and my dream is to become wave world champion, that is what keeps me motivated and on the water.

Dealing with stress is a tough one ha ha, but lately I’ve improved a lot I think. I try to not think about it and go to the water and have fun, try to stay calm and if things go wrong press my own reset button! That has helped a lot!

I love being a professional windsurfer – the lifestyle, travelling around the globe, meeting new people, new places and making friends everywhere we go. Making a living from the sport you have loved since you were a kid is a real dream. Obviously there are lots of downsides too, but let’s stick to the good ones! 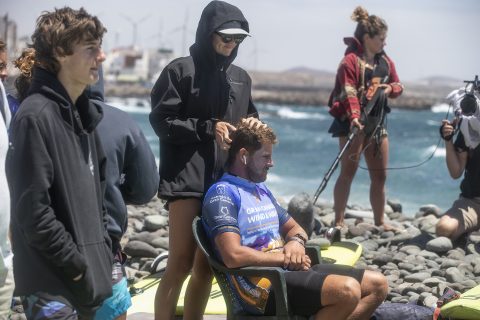 As a person my strength is that I’m very patient (not in everything ha ha) but like if I want to achieve something I try to find every possible way to get it, or when I want something I don’t give up so easy! As an athlete my strength I think is a bit of the same to be honest – patience.

I don’t buy into rivalry, I don’t care about that, to me that’s a really bad philosophy. That has nothing to do with what happens in a heat. Brawzinho, Swifty, Jaeger and Victor are some of my biggest rivals and I’m super close with all of them, in fact even if I lose to one of them in a heat (which is most of the time ha ha) I help them out by caddying for them!

Everyone in windsurfing deserves respect, but one of the beauties of our little windsurfing world is that the majority (not to say all of us) are friendly, maybe not everyone is close, but at least we respect each other. Like if I win or lose a heat I will most likely go and congratulate that person if we are close to each other or later on say good job you deserve it or whatever comes out in the moment, unless that person did something bad in a heat against you, like taking a wave from you or something. Such friendliness is not often seen much in other sports, so this I think makes our little world special.

I admire Victor for his consistency in competing and Brawzinho for his overall sailing sickness, he rips pretty much everywhere. Also Philip for making everything look so easy, especially in Pozo, and Jaeger for his unique style of riding waves on port tack.

I shut off from windsurfing by enjoying friends and family time when I can and try not to talk too much about windsurfing and sometimes even just leave windsurfing on the side for a few weeks. I think a break is always good.

Winning or money? Well I think one thing brings the other, but it’s also two different things. Everyone needs money to live, and not many people like losing, but I do know some people that don’t care if they win or not. Obviously if I compete my goal is to win, I don’t like it when I’m below the top 3 in the world.

I eat pretty much everything, but I’m trying to eat healthier every day, I don’t have a specific diet to be honest! 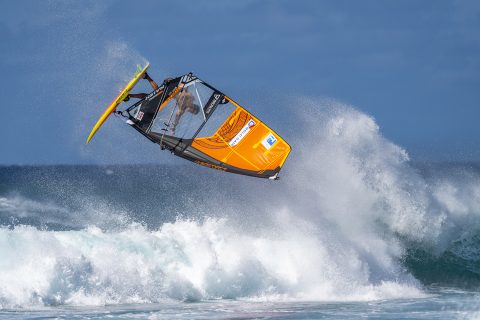 I think my talent is natural, but I do put in the hard work when I’m on the water!

When there’s waves I sail for 1 hour and a half minimum, but I can stay out for 3 hours if it’s fun. So if there’s waves for a week I’ll probably sail every day!

I really hate gyms, but for a few months now I’ve started training 3 or 4 times a week for one hour with Sarah Hauser together with Brawzinho and Morgan Noireaux and it’s going great, so let’s see if this will be the extra touch I need to finally become wave world champion!

I bought a road bike too which I was using a lot during the summer, but after so much sailing recently now I prefer to rest, so I stopped for a while but am keen to get back into it.

I can’t remember a specific moment, but there have been lots of heats where I was losing by a lot and there was only a few minutes left to the end and in the final 40 seconds or so I turned the heat around and won!