Log In
01/11/2018
by Paul
Category
Tags: AFFAIRS OF THE HART | DON’T BE FOOLED BY RANDOMNESS, Peter Hart, Richard Whitson
Tweet

To be happy in our sport, you have to embrace the unpredictable, explains Peter Hart.

It was always going to be tricky to write the back page this month without some small reference to the football World Cup. There we are, that’s done then. Seriously it is astonishing how for a month every four years, the spectacle of a bunch of millionaires kicking a bag of wind about transcends its tribal audience and drives normally sedentary folk to behave like teenagers after three too many alcopops. Things I thought I’d never see – my wife, who thinks ‘offside’ is a team who isn’t playing very well –  jumping up and down on the sofa screaming for her adopted country – at the same time offering technically sound punditry like: “Kick it harder next time Harry!” I hope you’re taking this in Mr Southgate. I’m no hardened footy fan, but I couldn’t help but marvel at the skill, the drama – and  the hilariously awful play-acting as another Columbian fell to the ground writhing in terminal agony after someone had brushed past his shorts. At the same time I loved how sport has the power to bridge international voids. I was in Rhodes for much of it. Suddenly you had an excuse to greet complete strangers in the street – and even put a comforting arm around a sobbing German after they were taken out by minnows S. Korea – “welcome to our world Hans!”

Ingerland!
And then, much to the misery of toxic journos, who had no doubt written their scathing headlines before a ball was even kicked, England did rather well. I’m not qualified to discuss the benefits of the 5 3 2 formation, but what I did see was a young team unburdened by expectation, who were given the freedom to play – and fail if necessary –  by a manager who favoured the carrot over the stick. They genuinely seemed to like each other and appeared fiercely determined. When things are getting tight, a dogged will to prevail is often the difference. But there was also another force at play.

“The more I practise, the luckier I get.” and: “I did exactly what I did last week – but this time I won.”

The first is the famous riposte of golfer Gary Player in response to the accusation that he had ridden his luck to win the Open. The latter, lesser known, was offered up by my dad after he’d won his one and only medal at his golf club. “I sprayed it around as usual … but this time the ball kept bouncing off things and going in – and everyone else messed up.”

Success – a fickle mistress
I saw our journey through the World Cup as a bit like that of Harrison Ford in the opening sequence of ‘Raiders of the Lost Ark.’ There he is sprinting through a myriad of underground passages, spears and poisoned darts whistling past his head, as he scrabbles under a portcullis which crashes to the ground millimetres behind him. For the England team too the ground opened up and they kept walking along a benign path. But then they won the penalty shoot out against Columbia – the first one in an eon – which surely proves a new confidence and spirit? Maybe. But had the Columbian geezer aimed his shot 2cm lower, he would wave scored rather than hit the post, and we would have lost. I think the affable and very realistic Gareth Southgate was delighted to have received so many plaudits, both for his character and his team management. However, secretly to himself surely he was saying: “we just did what we normally do – but this time we won.”

Embrace the random
In windsurfing (I’m so glad we’ve returned to a proper sport) with its invisible forces, its infinite variables of wind, moving seas, kit and human frailties, to fail to accept the influence of randomness will lead to endless confusion and disappointment – and yet many don’t.

In Ireland last year we had a classic float and ride day. It was probably a bit chunky for a first timer, but nevertheless Dan went out on his SUP with a sail. He did exactly what I said with regards to timing. He waited for a set to break and then launched so he confronted the waves when they’d lost much of their power; and he got through the impact zone before the next set arrived. You could hear the ‘whoops’ in Letterkenny 20 miles away when he got out the back – but that was before the ocean started heaving and a monster broke on an outer bank, sweeping all before it, including Dan. It was the only wave I’d seen break out there all day.

On the beach with his shredded spirit, he asked forlornly what he’d done wrong. “Nothing Dan … sh*t happens.” It was an answer that didn’t make any sense to him. However being a resilient character, he went out again in the afternoon and this time made it out and back in one happy piece. Back onshore beaming he said. “Brilliant! I’ve really improved haven’t I?”

“Absolutely Dan,” I said … (and then less audibly) “but actually you did exactly the same thing as you did this morning.”

Some sports, individual ones I imagine, like darts and archery, are easier to dissect and quantify. But windsurfing isn’t. Just accept that if you keep plugging away with a smile on your face, that sooner or later you will win the penalty shoot out. I was asked to do a reading for my nephew’s wedding recently. The chosen piece was Baz Luhrmann’s brilliant poem, ‘Sunscreen.’ Hark at this excerpt: “Whatever you do, don’t congratulate yourself too much, but don’t berate yourself either. Your choices are half chance, so are everybody else’s.” Now there’s a lesson for the improving windsurfer to live by.
Peter Hart – 26th July 2018 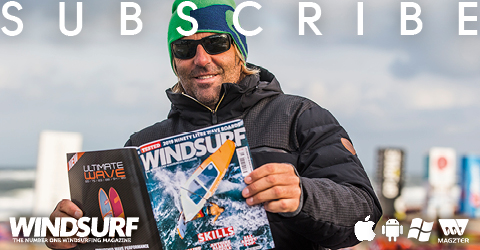