Windsurf Magazine catch up with Arthur Arutkin with this profile previously published in our March 2020 issue! By the age of 15 Arthur Arutkin was European youth slalom champion, these days it’s hard to pin him down to one discipline; he’s one of the very few sailors that competes on both the professional SUP and windsurf tours. A world champion in SUP racing, he’s equally at home in a PWA wave heat and regularly posts videos of himself ripping up his home spot of Wissant in Northern France, not to mention recently windsurfing the famed break of Teahupoʻo in Tahiti. Read on as Arthur gives us an insight into his life. 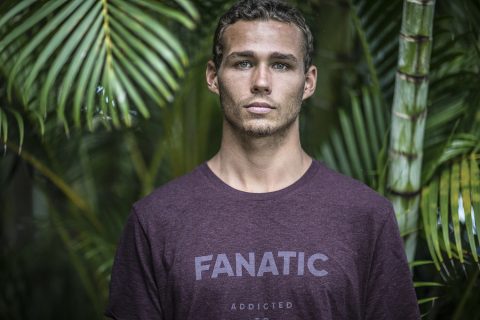 My dad and sister Alice, both windsurf. My bigger brother also windsurfed but he stopped to be a doctor in physics. Windsurfing was really a family affair when we were growing up. My best friends all windsurf with me back at home, so it has always been a part of my upbringing. At school I studied science and managed to graduate with that even though I had been travelling a lot during my final year. I finished with good grades, so I was pretty happy. 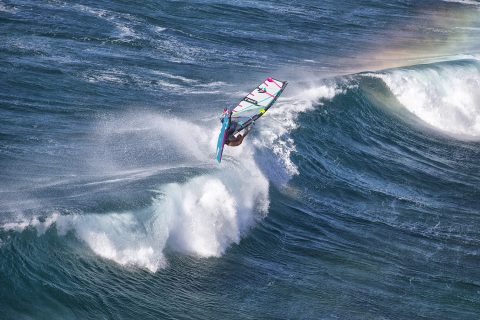 It can be tricky to combine both sports but none of the respective tour dates clashed this year thankfully, so I was able to go to all the PWA wave and APP events. For the training it can be a bit of a nightmare, but normally it all works out. For SUP I was word champion in 2018 and vice world champion in 2019. I still need to achieve better results in windsurfing, but I am young and feel I am improving. I hope it will come soon. I am doing a bit of SUP surfing, but my focus is mostly in the racing. The racing has sprints and endurance, so it really pushes your limits. SUP is also a mind sport when racing, you can never give up as you don’t know what the other guys have got left in the tank. It is like a marathon. With windsurfing when you wave sail it is mostly for fun. You practice because it is your passion and it is more pleasure than the hardcore training for races.

I was brought up windsurfing and I have always loved wave sailing. All my best friends at home in Wissant are windsurfers. Wissant is home for me but most of the year I am away training or at competitions. I am not home a lot. I spend a lot of time in South Africa and Maui every year. Wissant is awesome for sailing when it is windy but when there is no wind the swell gets blocked by England. So, it is a wind swell location, but is still often quite good often. We get a lot of wind in the English Channel, so I can’t complain! 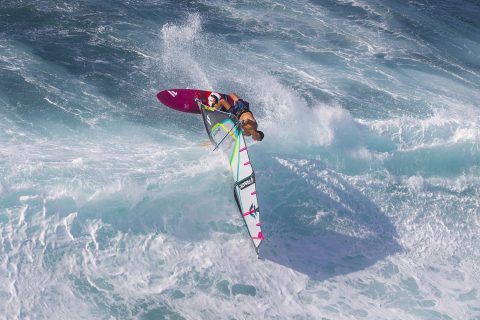 At the Fanatic photo shoots I am on virtually everything – the race, freeride and wave gear as well as foil and all the SUP boards. I can do a bit of everything, so the photo shoot days are pretty busy! Being able to choose my sport according to the conditions is great also. I am not a Kai Lenny yet though I would say! He is unbelievable at what he does. He is a genius. He is amazing at every sport he does. He is almost the best or one of the best at every sport he tries.

I enjoy all the sports; being in the water is amazing for me! My hero when I was young was Levi Siver, also Jason Polakow was the man. I love wave riding rather than jumping and they were my two role models when I was a kid and first windsurfing. 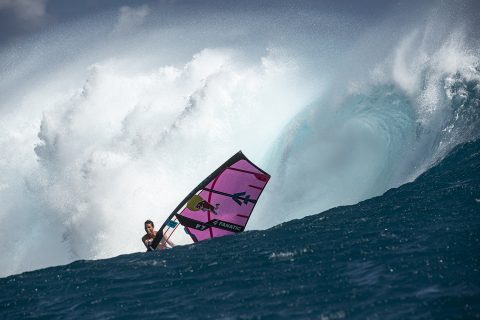 When I was younger it was my dream to be one of the best windsurfers in the world. Obviously, the level these days is super high, and it is not easy to break through, but hopefully I can make the top ten or higher in the next few years. SUP surfing helps my windsurfing in some ways. I have a good knowledge of reading the wave and physically I always have to be in my best shape for racing which all helps with sailing. I am pretty fit and at the moment it’s no problem to sail all day. SUP helps for sure.

I have no idea what I will be doing in ten years’ time. I am going with the flow. I am sure in one or two years I will still be competing in SUP and windsurf, but further down the line I do not know. I just take it as it comes. 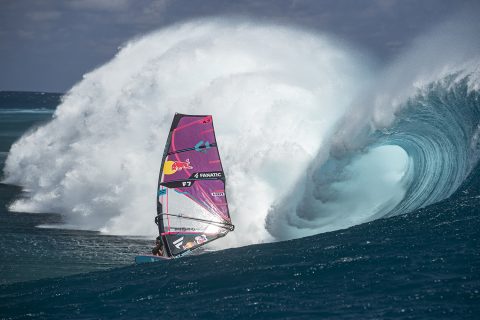 After the Aloha Classic there was no wind forecast in Maui. We saw a super good forecast for Tahiti and decided to go right at the last minute. We had nothing organized, no accommodation or any idea of what the plan was. Almost straight after we arrived, we heard the forecast was epic for Teahupoʻo. The forecast was not super big, so we arranged a mission to go and sail along with local Charles Vandemeulebroucke (Charliboy). When we arrived at the break it was much bigger than we expected and almost perfect conditions.

I think it was the 5th of November when we sailed. When we arrived, there were no surfers in the water, just a couple of tow guys who were just packing up. By the time we rigged they were gone, and we were there with Teahupoʻo all to ourselves. There were just three windsurfers in the water, and it was epic. I had never been to Tahiti before and now I was out at Teahupoʻo on my first day on the water. Charliboy gave us some insights of what to do and what not to do. Teahupoʻo is a special wave. The swell was not super big, but the lip was huge, and the reef was extremely shallow. If you don’t focus you do not realize how dangerous it can be. We did not think about it too much and just started sailing. In the evening after the session we realized how things could have gone in a bad way. I fell during the session and all my gear went into the reef. I found my board in pieces after. I lost the sail, mast and boom, they were all gone. After that I realized how powerful and dangerous Teahupoʻo is.

I tried to do a little kick out aerial as I went into the air, but there was no wind in the sail. It was a big mistake. You really have to go deep and down to get the speed. I hit the lip a bit too late and that is how I broke everything. I had a few amazing waves before that. I have never sailed a glassier wave. I was on a 4.7 and planing, but the wave was completely clean, not even a little bump in it. I will remember this day forever. It was the dream session and I am so stoked to have experienced it. On a couple of waves, I looked back into that barrel and it was incredible.

When you start to do your bottom turn you do not see much, but then right at the end of the bottom turn the wave is twice as big. It really bends around with the reef. You almost feel like there is not much of a wave when you drop in, but when you go to do your turn it is suddenly huge and way more powerful. The risky part is when you do your turn after the bottom turn. This is the risky part of the wave and very high danger if you get it wrong.

I did not jump or anything, but it was probably my best ever session in windsurfing still. I think I had ten or fifteen waves before I broke everything. I think I sailed almost two hours and that was plenty in those sort of conditions! 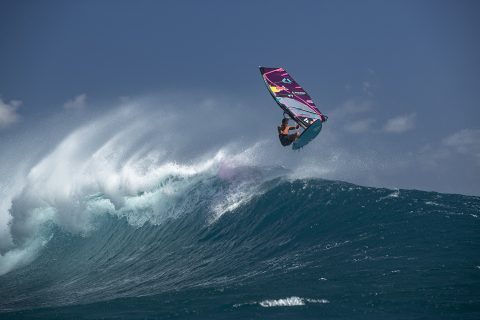