Windsurf Magazine catch up with Arnon Dagan, one of the few racers from Israel on the PWA world tour to find out what he has been up to so far this season: 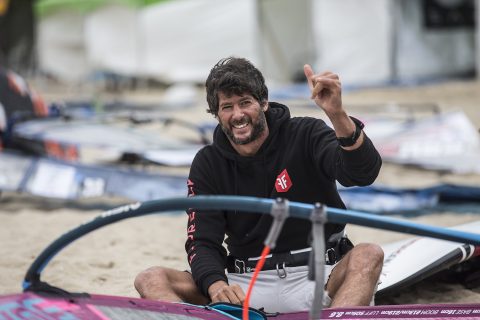 WS: What have you been up to over the past few months?

AD: I started the season going to Tarifa for testing and training and when Covid hit I managed to escape last minute and fly to Poland. My wife and boy were in the USA and took one of the last flights before the USA closed. We reunited in Poland and stayed there. A few days ago, I just arrived in Portugal for testing boards for 2021 FutureFly line. 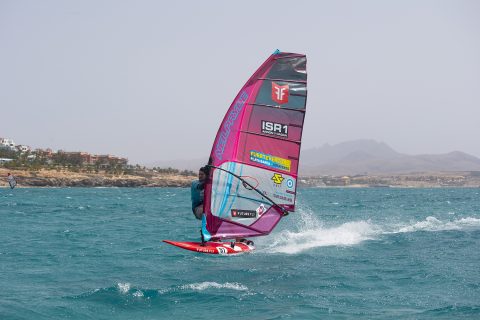 WS: How was the lockdown for you personally?

AD: At first it was not so bad, it gave me the chance to spend time with my family which is something that was impossible before. This was particularly good for us. It also gave me a break from running like crazy around the world, so that was the good part. The bad part started later on when you feel governments are not really sure of what to do and when you understand your life is not yours anymore. This twisted my mind a bit.

WS: Are you feeling confident we are all coming out of this period now?

AD: I think there is no telling of what governments will decide to do. I just hope that people will not accept being locked down again. We are now more or less at the point we know what we are facing, and people should be given own choice to do what they want. If you want to stay home with your mask on, please do so but leave me alone! 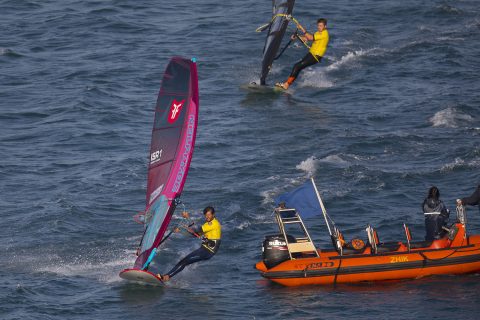 WS: Have you been on the water?

AD: I tried to sail on a few lakes close to our place in Poland. The problem is I’m super into my foiling and the lakes there are full of fish. I hit a massive fish at 54k an hour and broke everything, so I had to take brake after that. I’m now in Portugal testing and training. I got here as soon as they opened the boarders.

WS: As a racer how has this affected your season?

AD: Definitely lost some shape but at the same time gave some much needed rest to my mind after long years of nonstop action. 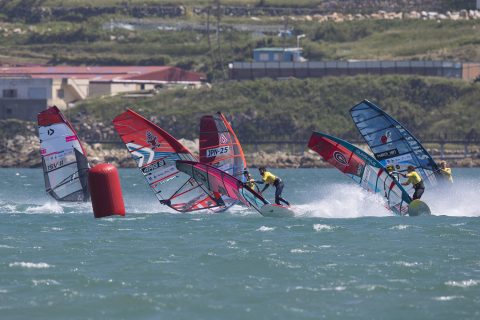 Click to Enlarge- Arnon leading the pack in Korea

WS: Do you miss competing or was it nice to have a period of time at home?

AD: I didn’t miss it, was nice to do something different for a change!

WS: Do you keep in touch with all the racers?

AD: Not with all but with some of them for sure. We actually had some cool zoom parties, one was with Ross, Kurosh, Finian, Gonzalo and Benny Van Der Steen. That was funny and fun! Also, some what’sapp messages with some other racers like Nico, Cedric, the NP Boys Antoine, Enrico, Mateus. We are a nice family! 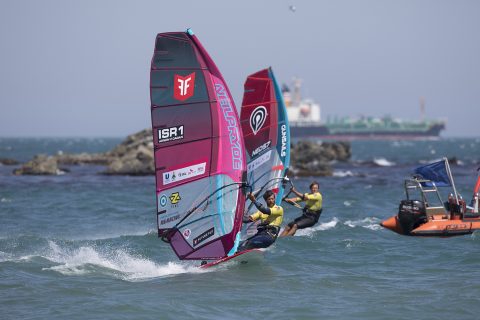 WS: Have you had to adapt your business with zoom etc?

AD: No not really, I’m used to the social media being a major part of my business today so no big change there

WS: How much work was it setting up your Future Fly business?

AD: Crazy amounts! Basically, I slept in the factory in Vietnam for a month but also before and till now it is nonstop madness.

WS: Are you happy with all the products?

AD: I couldn’t have asked for better. When I saw the boards for the first time, I couldn’t believe it! They are a truly a work of art and I’m so happy and proud of this.

WS: What is the highlight of your career so far?

AD: There were so many high lights it is impossible to answer… Getting sponsored by Red Bull,the podium in the 2003 FW worlds with all the big names at the time there Kevin Prichard, Antoine, Phil McGain, and many more. Later on, winning two finals in the last day of Sylt in front of Bjorn on the first-year slalom was back. Winning PWA Sylt, winning the Strom rider wave event in Israel. Singing on stage with Bony M after winning in Poland. There are loads more! It was all unimaginable for a guy from Israel which came alone with no one else from his country, no team, and no money. A real crazy dream which came true! 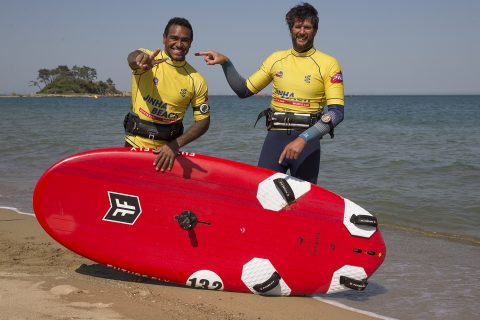 WS: How do you like foil racing as opposed to slalom?

AD: I didn’t get to race on foil so much but I’m fully into it. It is so exciting and a game changer.

WS: What advantages and disadvantages does being tall as a competitor entail?

AD:  Being tall generates lift on a windsurf board so light wind speed and lift come easy for a tall person. The high winds are harder to adapt to as you don’t need the lift there! 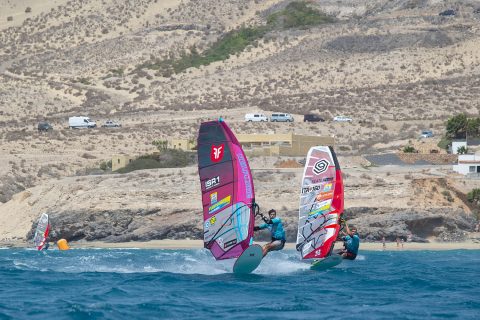 Click to Enlarge – Arnon racing in the Canary Islands

WS: Why do you love windsurfing?

AD: I love the diversity, you can go fast, you can jump, ride waves, you can fly. I love the action, the power, the nature, and the freedom feeling.