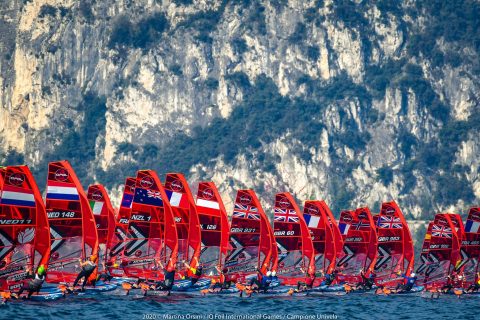 Another picture perfect morning at Univela Sailing in Campione, Lake Garda, where almost 200 riders are gathered for the iQFOiL International Games, the first real global event for the next-to-be Olympic sail board at the Paris 2024 Games. Three formats, equally sailed until today, Course (windward-leeward) to be sail when over 10 knots, Slalom (rounding three or four marks) preferred when below 10 knots, and a Marathon (one long distance race worth two points in the scoreboard). 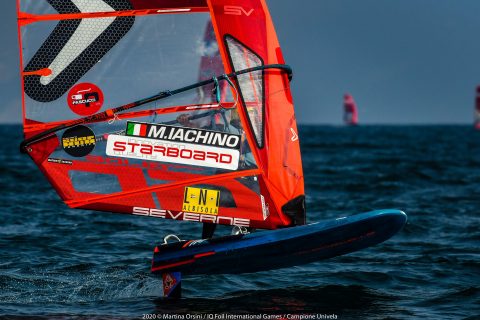 Day three started as usual with the North wind ‘Peler’ coming down strong at 12-16 knots allowing both the Men’s Gold fleet and the Women two exciting and fair Course races, with French rider Nicholas Goyard winning both of them, thus consolidating his overall leadership going in to the afternoon session of competition. Sebastian Koerdel (GER) was second in the first race, but didn’t perform to his expected standard on the second, a 13th that he was luckily able to discard, while the second bullet for the Men went to Pierre Lecoq (FRA). 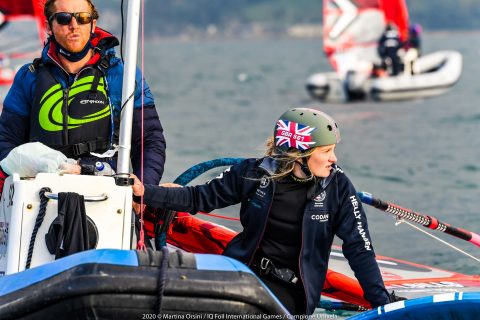 In the Women’s fleet the French athlete, who is proving to be the best all round rider so far, scored another first and second, Helene Noesmoen is flying towards the Final Series with a nice margin over the other competitors. Noy Drihan (ISR) won the second, but had to discard the first one, her worst score in the series (18). 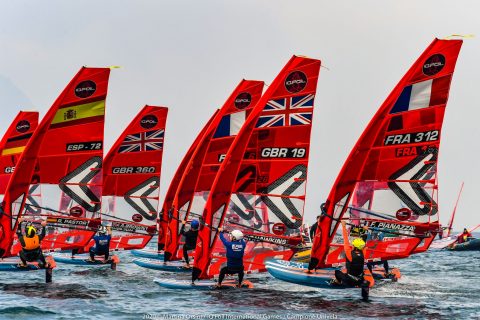 Among the many siblings racing one against the other here at Univela Sailing, there are two British windsurfing sisters, always on the top since the youth sailing days, and if Saskia fought hard until lately to get to Tokyo, here is her ‘little sister’ – by only half an hour – to to be among the top 10, Imogen Sills, who finished third in the second Course race. 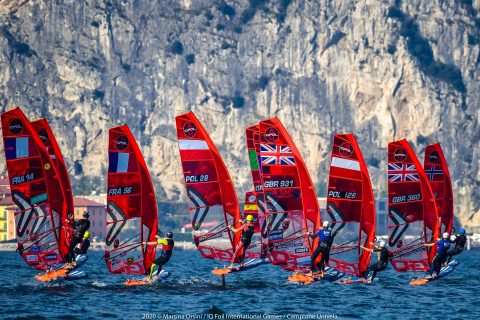 “It’s been so fun but very stressful at the same time. It’s just amazing I can’t believe all of us foiling on the water, just flying all over the racecourse, it’s been amazing! I retired from my Olympic campaign due to an injury two and a half years ago, then when iQFOiL came back in, I felt like I wanted to give it a go. But as I’ve been working full time in Norway for the last two months and haven’t been training at all, I am really surprised of how well it is going. I think I’ll go on with this, it’s really fun and addictive!” 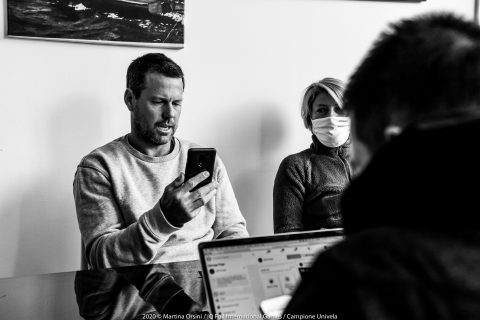 A lunch break that went on a little longer than the previous days, as the ‘Ora’ wouldn’t fill in strong, and even when it showed up, it was still on the very light side of about 8 – 10 knots. Nonetheless one Slalom race for each division (Men and Women) was written in the scoreboard, taking the numbers of races up to 11. The best men were once again Sebastian Koerdel (GER), Nicolas Goyard (FRA) and Matteo Iachino (ITA), respectively first, second and third in the Final A, securing their leading position overall. In the women the Slalom went again to Helene Noesmoen, who has six bullets out of 11 races, Maja Dziarnowska (POL) was second and Lena Ersilia (GER) third. 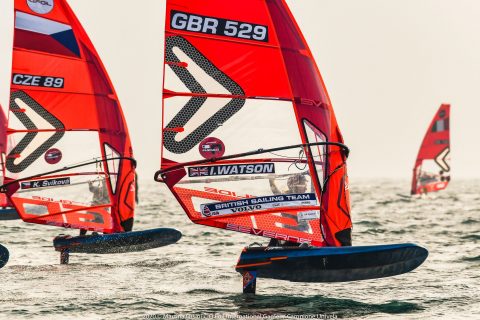 “The week has been really nice, different wind conditions and format, so it was really good and interesting – says provisional overall Women leader Helene Noesmoen – coming from the RS:X I am really loving the new class, it’s really exciting because of the speed, everything is very fast, you have to be much quicker in the tactics and in taking decisions, and it’s really nice to do some slalom races, some long distance, very different intensity. I think it’s the best to have these three formats, because in the really light wind it’s hard to go upwind, and it’s so good that it’s bringing people here from different worlds, the Olympics and the PWA.” 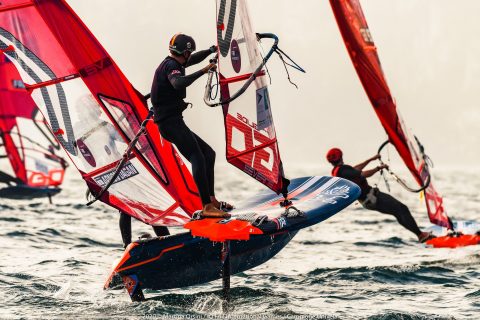 Day three ends with changes in positions over the top 10, but same leaders: the French Nicolas Goyard in the Men and Helene Noesmoen in the Women. 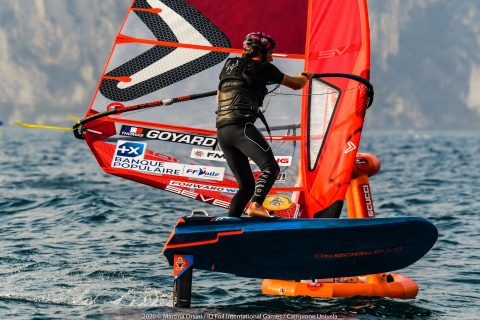 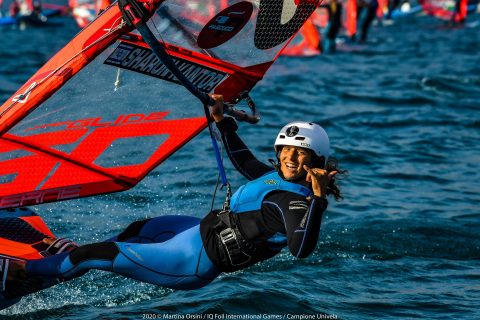 The weather forecast for tomorrow might be as easy as these past few days, the plan is to get as many races as possible in the morning, aiming for more Courses, and again some Slaloms in the afternoon. Univela Sailing and Società Canottieri Garda e Salò, the event organisers with the IQ Foil Class, will keep the athletes informed via phones, not to avoid assemblies by the club to comply with the Italian Government safety rules.