Windsurf MagazineEIGHT THINGS YOU NEED TO KNOW ABOUT LIAM DUNKERBECK

Liam Dunkerbeck has been riding waves since he was just three years old. Following in the footsteps of his dad Bjorn, a legend of windsurfing, he’s now carving out a name for himself in the sport too. Here are eight key the facts to know about him. 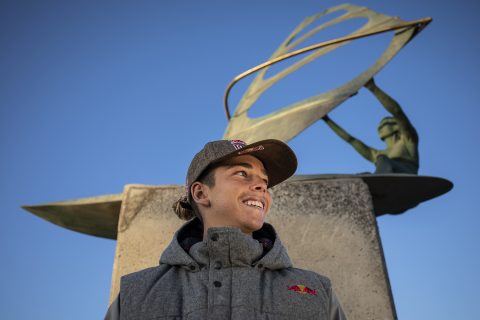 Dunkerbeck was brought up in Gran Canaria, which is a Mecca for both water sports and aerial athletes because of the consistent wind all-year round. With dad Björn often out training, it wasn’t long before his son joined him in the sea.

He remembers: “Dad put me on a bodyboard when I was three and I started windsurfing from four or five. My father showed me how and I went from there. When you are that small, the windsurfing sail was too heavy for me at the start! I also did surfing, paddle boarding and skateboarding to improve my balance on another type of board.” 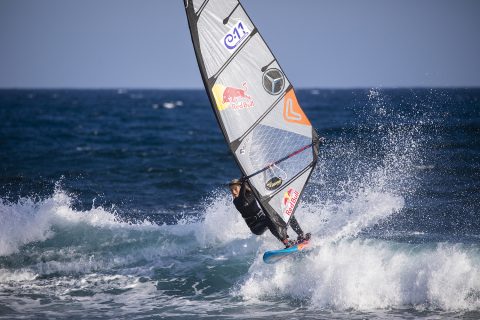 Dunkerbeck has excelled across each sporting discipline he’s competed in, so it’s no surprise he believes he can make an impression on the senior PWA World Tour circuit quickly, as well.

He reveals: “I will train hard to become a senior world champion. I have been training the whole summer for around four hours a day, pretty much every day. I think I am getting better and better with every session. I am 16 and I will make this my career, but I also need to have something as a back-up in case something happens, which is why I will continue at school for the next two years.” 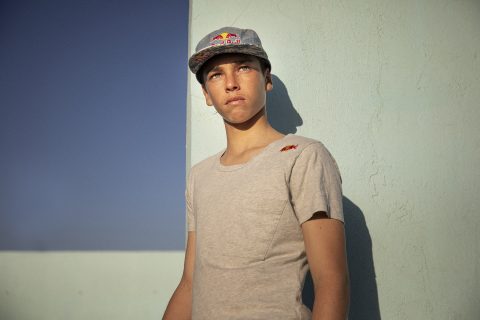 The young Spaniard has been winning junior titles across various U12, U14, U16 and now U17 categories. Despite having many options, the future is firmly on windsurfing.

Dunkerbeck said: “Last year I started competing professionally when I was 15. I was doing surfing, slalom, speed and wave, but it was way too much. From January 2020, my focus was on windsurfing, and specifically wave sailing. This year I was going to do the whole tour with the professionals, but I was not able.” 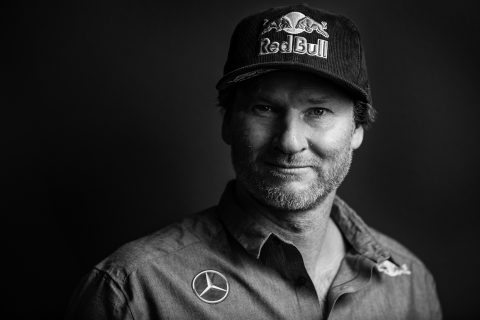 When your father is such a huge pioneer of the sport you’ve chosen to compete in, some could see that as a weight on the shoulders, but Dunkerbeck uses it more as motivation.

“My dad is an inspiration. He knows exactly what to do in the perfect moment and that is cool,” Dunkerbeck says. “The main advice he has given me is not to forget everything we have done before. All the important steps that we did when I was learning with him are still crucial.” 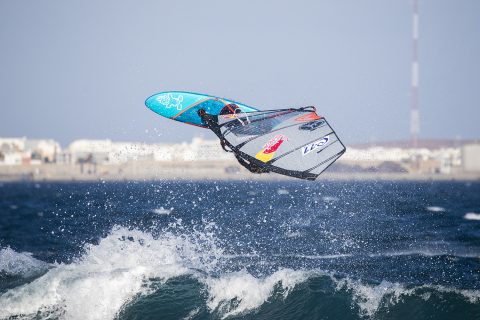 Watersports, such as wave sailing and foiling, are growing at a fast rate around the world with Dunkerbeck drawing inspiration from many other top wave athletes.

He reveals: “For windsurfing, it is Philip Koester. He is super good in strong conditions. He has the best jumping on the whole tour. He actually lives here in Gran Canaria, so I see every day what he does in the water and it helps for my own skills. It definitely helps, that is for sure. Kai Lenny is also an idol, because he can do everything!” 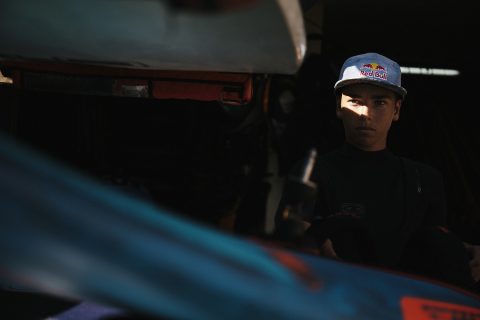 It’s not often that a parent and child can compete in the same events during their careers, however Liam is excited that 2021 could see him lining up with Björn, albeit in different categories. 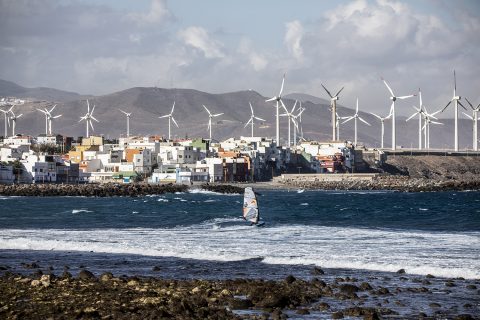 Dunkerbeck is lucky that he has the family business at his disposal for regular training with legends such as Björn and Köster alongside him on the water so he can pick their brains.

“In Gran Canaria, we have wind almost every day. If you don’t have wind in one place, you have it another. In winter, we have good wind in front of the Dunkerbeck Windsurf Center at Playa del Aguila beach as we have wind from the east and it is very nice with all-round conditions.” 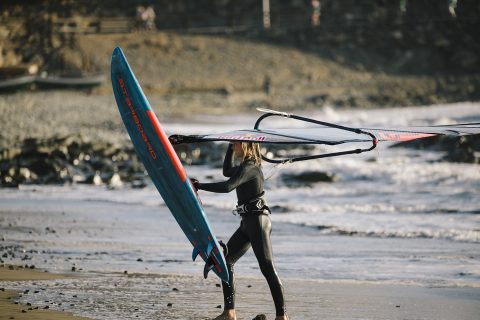 2020 has been frustrating, but Liam delivered on the chance to compete when he won the U17 Noerstick, Cold Hawaii, PWA Youth Wave World Cup stop at Denmark in September.

On the victory, he said: “It was exciting because the whole world had been in quarantine and we didn’t have that much time to train. We only had one event, so it was super nice that I won it.” 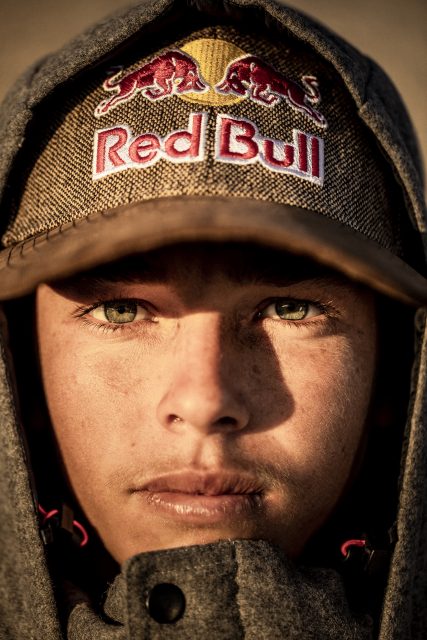