The was a Fantastic medal series in Torbole for the conclusion of the iQFoil Youth and Junior International Games.  Dixon Charlie and Duncan Monaghan scored first and second in the under 19’s for the Brits, so congratulations to them! Here is the official event report:

The iQFoil Youth and Junior International Games, an event for youth Olympic boards organised by the Circolo Surf Torbole in collaboration with the Italian Sailing Federation, the Garda Trentino Vela Consortium and the International Class, were concluded with an exciting series of medal series and three-man finals, in which the medals were fought for with breath taking finishes. At the end of the prize-giving ceremony, the awarding of the 2023 European iQFoil Youth Championships was announced to Circolo Surf Torbole! 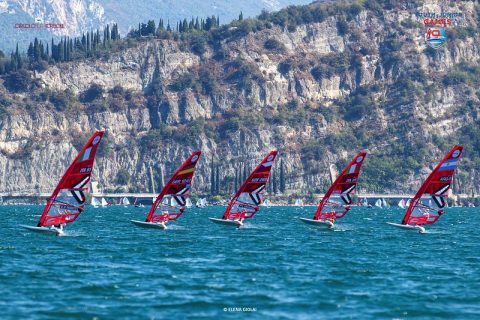 The finals started in the morning at 8am with the youngest juniors (under 17) engaged in quarter-finals, semi-finals and finals. The north wind lasted only until the girls’ final, while the under 17 boys’ final had to wait for the south wind in the afternoon. As far as the girls were concerned, there was a heart-stopping arrival with a decreasing wind and the need to pump in the decisive slalom valid as the final, which decided the podium: victory for Palermo’s Francesca Salerno (CCLauria), who managed to get off to a good start and overtake Spain’s Caterina Tomas Cardell, who had been leading for the entire Championships. Third and first under 15 was the Israeli Hila Partouche, who in the U15 podium preceded the Italian Medea Falcioni and Alice Evangelisti. In the afternoon, as soon as the wind turned from the south as is customary on Lake Garda, it was back on the water with the Under 17 men’s finals on a course racing course. 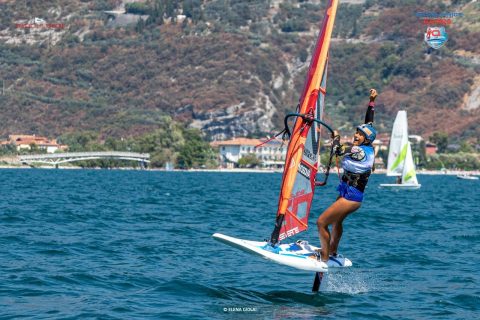 This was the only category that maintained the first two positions, as on the eve of the race: victory for the Frenchman Tom Nicolle over the Swiss Noam Kobel. Third place went to Israel’s Tomer Adiran. Italian victory instead among the under-15s with the Circolo Surf Torbole athlete Mattia Saoncella, first ahead of his team mate Valentino Blewett and the Turkish Devrim Karatas. Tight races among the under-19s, where in the men’s category there was the exclusion of Manolo Modena, disqualified for technical irregularity (materials). After overtaking and counter-overtaking, the two Britons, Dixon Charlie and Duncan Monaghan, got the better of the order; third place went to the Dutchman Hiddle Van Der Meer. Italians at the foot of the podium with Cagliari’s Federico Pilloni, fourth and Circolo Surf Torbole athlete Jacopo Gavioli fifth. Even among the women, the final was really surprising with a fight to the last flight between the leader Sofia Renna and the Czech Pinosova, who managed before the last gybe to pass the Italian, thus winning the event. The home athlete Renna this time had to be content with a still brilliant second place, while on the third step of the podium went the Israeli Adi Millo. It was a complete Championship with slalom racing, course racing, the marathon and the medal series, which surprised for the preparation shown by these young athletes, who already seem to have great confidence with the new youth Olympic class. Circolo Surf Torbole’s commitment to youth activities was rewarded with the awarding of the 2023 European Championship, which will be organised from 3 to 8 July. 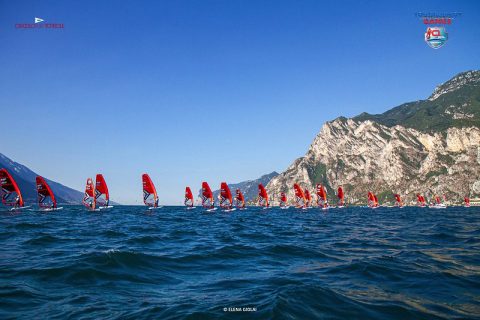 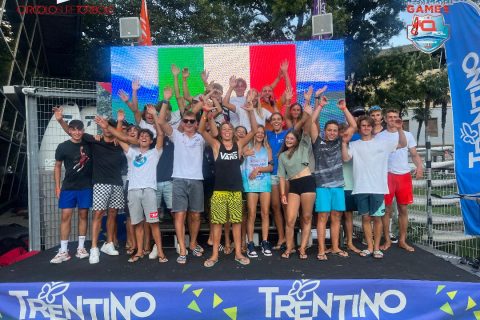