Nine-times PWA freestyle world champion, Gollito Estredo, tells us some of the secrets of his success and of the recent changes in his life.

If you want to be one of the best freestyle competitors, you have to train every day for a long time. Your performance has to be at its peak when you compete to separate yourself from the other guys. It is all about working hard and keeping yourself in shape over the years. I won the world title nine times, which is a lot for freestyle. I think the next most successful guy maybe has three, that’s Ricardo Campello. Those results show how high my performance level was during those years. 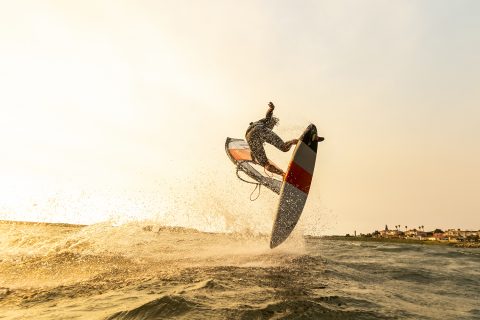 When I started competing, I did not have the title on my mind. After I won the first title then yes, I wanted more. It became a constant challenge to keep on top and beat all my rivals. I just had to train even harder so I was consistent on the water. I think where I was brought up in Margarita was the perfect place to improve. There are many different conditions there, so I was able to be ready for nearly anything. For me it was the best place to learn and to practise freestyle. You can spend four or five hours in the water there every day, so that really helped me refine my tricks. 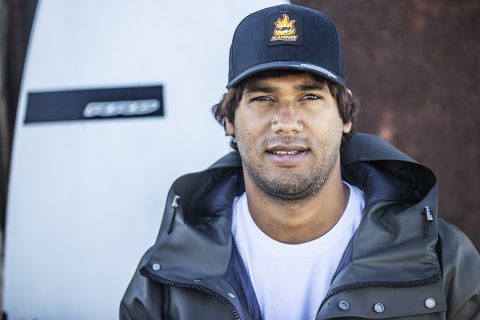 In Margarita we always had a lot of tourists as well as professional sailors coming to train. When I was young, I was lucky to sail with a lot of the pros and learn from them. In those days there were two hundred people on the water and I was super keen to learn and be one of the best on the water. 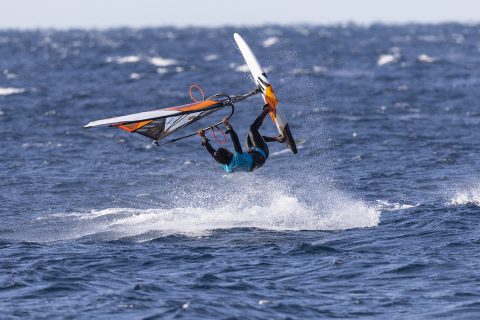 Action from the French PWA event

My first competition was in Bonaire in 2003, which was a great experience for me as I beat a few of the top ranked guys. I was very surprised at the time I could beat some of those guys.

I love learning new moves, so every day I hit the water. I am hungry to learn. I also like inventing moves and this motivates me to spend so many hours on the water. I could easily spend four or five hours just trying one move over and over again. Once I land it once, then it’s a matter of doing it every time. Some moves could take a whole month to learn, so it took a lot of dedication. If you have something new to learn it could mean many hours on the water to perfect it ready for competition. 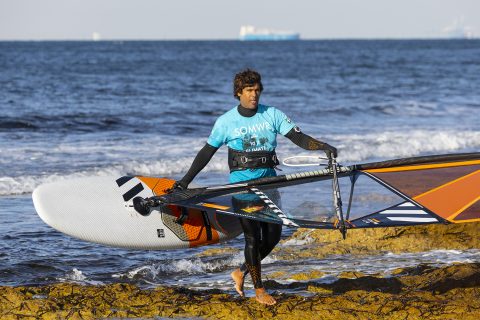 Heading in at the PWA event in France

I feel I was always prepared for those pressure moments. I never really got too stressed even when there was a title on the line with one heat to decide it. I was always very good at keeping my focus in competition, especially during an important heat. My mind was solely focussed on what I had to do on the water. I never panicked or lost the plot with nerves. I was always there to win. If I were at the beach on a day I could win the title, I would put my mind only on this. Then when the heat that mattered was over, I would open my mind again. So, in the heat of the moment, I was fully focussed and then after I could let it all go.

I think I had two runs of three years where I won everything. The times outside that that I lost I maybe made some mistakes and then I had to analyse what went wrong, speak with the judges and find out what I needed to improve for the next time. Learning and figuring out how to improve from your mistakes is also important. 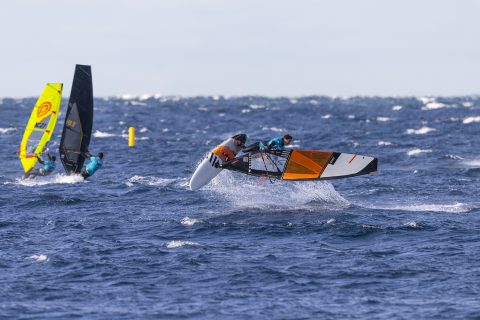 We are mostly all good friends and we kind of mix together at the events. I have a lot of my rivals as best friends – guys like Taty, Steven, Yentel, Youp and Amado. For me I don’t care too much how I mix with all the guys anymore. I feel my time in the freestyle is almost finished, so I am not quite so stressed about competition with the other riders. Now I just go out there and compete and see what happens on the water.

It was a big change moving to RRD after so many years with Fanatic and Duotone. I am very happy with this new challenge and I really like the equipment that I am riding and the way RRD have stepped in and supported me. This year we are working a little bit on the freestyle board. That is the only thing we plan to change on the equipment side. I hope we will improve the board for next season. This year I have just been testing the gear to see what I need to work on for it to suit my style. I am 32 now, which is not too old to win more titles. I feel I have at least three more years I can be at the top of my game. Look at Steven Van Broeckhoven, his level is still very high and he is older. I think he is 36, so I think I have three more years. For 2022 I will train really hard and give it my best shot. I hope to be at the top again. Last year was a transition year for me, so I just had to go with the flow and do my best. I want to be ready for the whole tour in 2022. 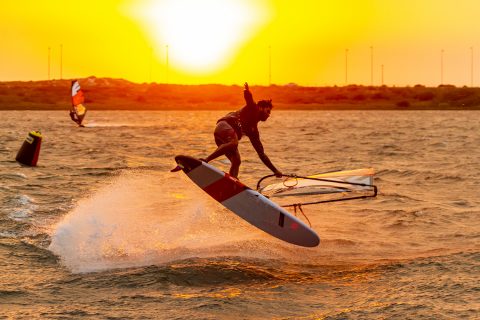 This year there are so many amazing talented sailors on tour. Amado is an amazing performer; also Yentel is at the top of his game. These guys are pretty hard to beat. They both could win.

I try to train a bit more off the water these days – in the gym, running and I also love riding a mountain bike. I train at home a lot. Now I have a family I spend a lot more time with my son and my wife. Now I have these responsibilities, I don’t have as much time as I did before to train. I can’t spend 5 hours on the water every day anymore. I go on the water as much as I can, but it is not possible like when I was young. I have a new life now, which is very different. I really like to spend time with my son and my wife. A lot of us have families now, even Balz Müller has a daughter. All the guys seem motivated to have families. When you are a dad, everything changes in your life. You have to take life more seriously and I feel I need to show my son that I am going in the right direction as an example. It is true there has been a lot of change in my life and things are not at all like before.

I think my talent for watersports is very natural. I try a lot of new things like kiting and wing foiling and I have learned really easily. I started learning the wing in March 2021 and already I have a pretty good level to compete. I feel it is natural what I have. Even kitesurfing I learned very fast and I started to compete in that as well. Once I tried the wing, I stopped kiting as I find that much more fun. 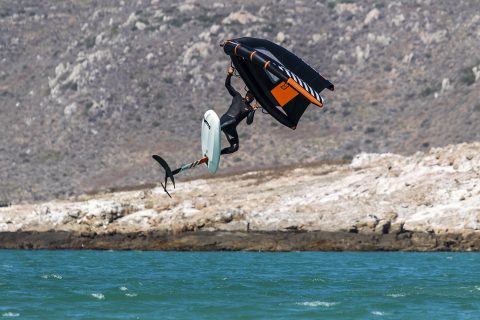 I like to wing and freestyle now. This year I actually spent more time wing foiling than on my freestyle board because it was something new. I knew there were not many competitions this year so I decided to learn something new. I went training for two weeks on my freestyle board before the French PWA event. I got the hang of wing foiling after three or four days, I don’t feel it is too difficult. I think if you are a good windsurfer, it makes wing foiling quite easy to learn. I like doing the freestyle tricks on the wing; I can do the front loop and also the tweaked 360 all in the air. Those moves are my favourite ones. I like the 4.5 RRD wing, that is my favourite size along with the 1.50 all-round Beluga board. I like the sport and I train most days in Italy. When the wind is over 20 knots I prefer to go windsurfing as it is much better fun for me. In light wind up to 15 knots then the wing is awesome to fill those gaps. The windsurfer is more radical when it is 20-25 knots, so I still love freestyle sailing in those conditions.

In Lanzarote many years ago I was in my room and I knew I was in the last heat of the elimination. I fell asleep and when I woke up, I had missed my heat. I had to go all the way through the double elimination and I managed to make my way back all the way to the final against Kirri Thode. I think I won nine heats, which for freestyle is pretty tough. It was a very long day and somehow, I managed to make it back to the top. I beat him once, but he beat me in the second one, but in the end, it was not too bad.

I would love to do freestyle in Gran Canaria as freestyle there is radical and I would like to go crazy in those conditions. I like freestyle which mixes jumps with all the tricks. I like Gran Canaria a lot, and there you can do double forwards, big back loops and air chachos. That is my style. I like Fuerteventura also, but Gran Canaria is better for jumping. 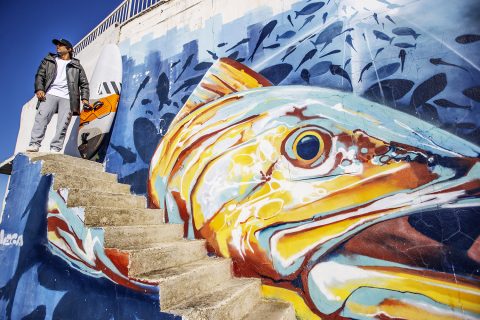 Everything this past year has been a new beginning for me. I have my son, new sponsors and I am spending more time in Europe, as my wife is half Italian. A lot of good things are happening around me this year and I like the change. RRD are in Italy also, so that has worked out well. Everything has been pointing at Italy for me. I like it there and it has been a good change. This year I really want to go for title number 10; that is what I want. In 2021 I didn’t think I was quite ready, but next year I will be fully focussed. I think it is more important to win a tour with more than one event, instead of a one event only decider where anything could happen, like in France with the light wind final.