There was less wind on day two of the IQFoil International games but as usual some amazing images and great racing went down, here is the event organizers report: 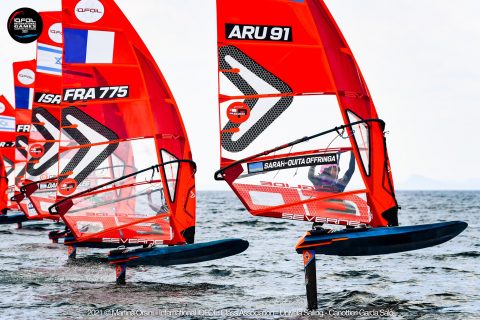 “It was a glorious morning at Univela Sailing on Lake Garda, and everything seemed perfect for the scheduled 10am start. Unfortunately, just as the weather forecast said last night, big dark clouds lurked from the mountains surrounding the Campione racecourse blocking the south wind from coming in strong as usual. 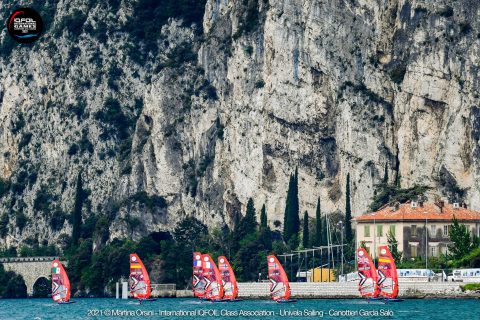 Nonetheless the 107 sailors enjoyed some light wind slalom races. The women fleet caught up with the men’s and actually topped them, they have now five in the bag, while the men – who joined the ladies on the water later in the afternoon – could only finish one for a total four slalom races. 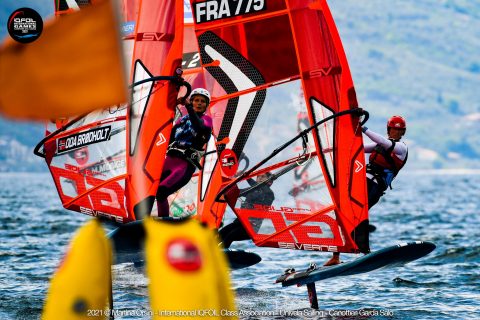 The top three girls are the same as yesterday, but the positions got shuffled. Lucie Belbeoch (FRA) is now leading and Islay Watson (GBR) went down to second, with Delphine Cousin (FRA) in third. In the men’s ranking Nicolas Goyard (FRA) continued with yet another bullet to add to the previous three. 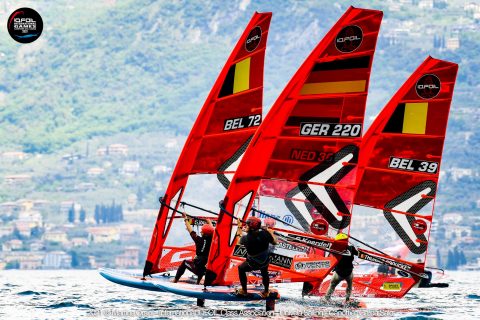 In the all-French provisional podium, Adrien Mestre is second and Clement Bourgeois is third. 2020 iQFOiL International Games winner, Sebastian Koerdel (GER) is climbing his way up and went from fifth last night to fourth today. 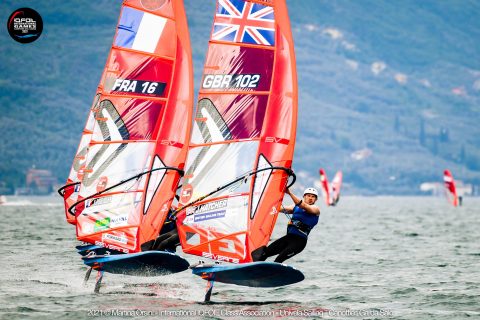 The final ranking on Saturday night will crown both the overall winners and the U21 for both and Women and Men fleet. On the beautiful Univela lawn there are plenty of young sailors coming from all over the world and for many of them this is either the first time they compete in the foiling windsurfing class, Olympic in Marseille in 2024, or the first time they sail on Lake Garda, considered by many the Mecca of sailing – at least in Europe. 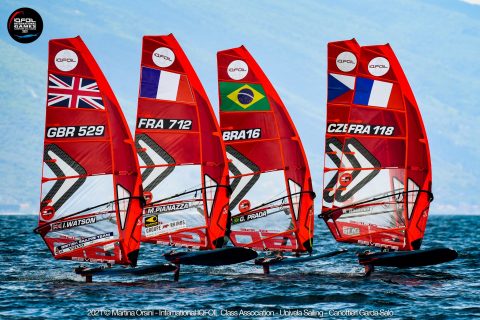 Giovanna Prada, 19 years old, is from Brazil and she is the daughter of Bruno Prada, double Olympic medalist in the Star Class with Robert Scheidt, and five time Star World Champion. The five circles run in the family traits, and she shares her father’s dreams, enthusiasm and, hopefully, talent and destiny. “It is my first time sailing on lake Garda, it was a really atypical day, with a new course for me, I normally race ‘course’ in Brazil, but I’ve enjoyed it a lot, even though the light wind made it a little more difficult going downwind. 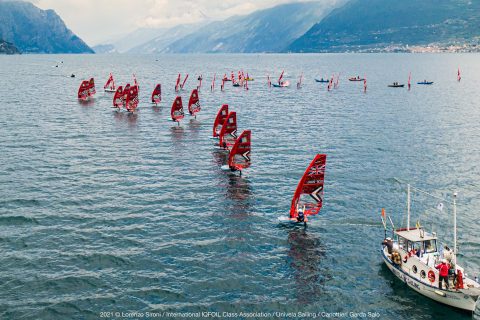 Racing on a big fleet is challenging for me, especially at the start with many girls all very close together, and the foiling board is more difficult to manage because it’s really fast and it forces you to think about the situation in advance. I dream of going to the Olympics and I am going to do my best to be in Marseille”. 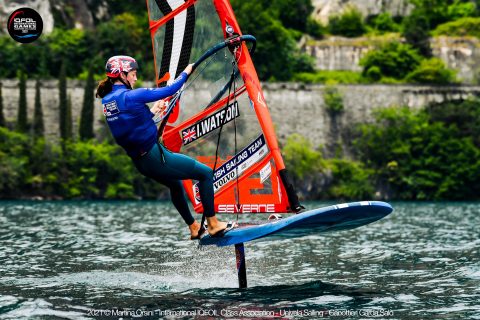 Tomorrow the Race Committee priority will be to get some racecourse in, if the conditions allow it. The first signal will be at 8 am for both Men and Women, to race with the morning wind from the North”. 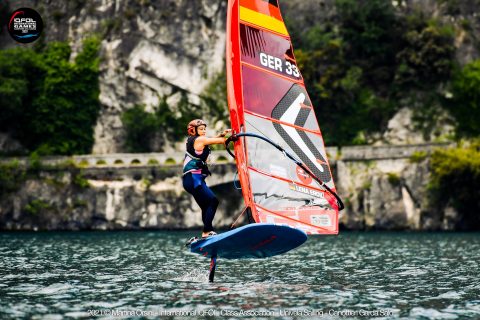