No waves, no problem …with a bit of DIY and some mad skills! Lennart Neubauer tells us about his rad ‘Ramp Project’ at his home spot in Naxos, Greece!

We had already built one ramp about three years ago with my friend Stamatis and saw that it worked perfectly fine in the shallow waters of the lagoon at Naxos. As soon as I joined the Red Bull team, we decided to make something a lot bigger! Red Bull liked the idea of ramps, since it was not something in windsurfing that you see every day! For me it was a perfect way to improve my port tack jumping as well. 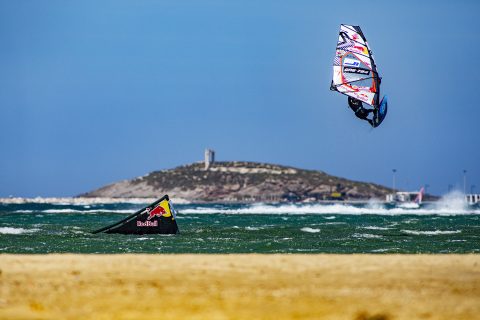 The lagoon of Naxos is the perfect place to put ramps in the water! It is a big bay covered by an outside reef that protects the inside from big waves and has the benefit that it is very shallow (never deeper than 2 metres), so it is easy to anchor the ramp.

The man who built the ramps is another good friend of mine, Yannis Maritsis. He is the guy that always repairs my gear and is also an awesome freestyler. I thought he would be the right man to put the ramps together. The placing of each ramp, I would kind of decide last minute and even turn the ramps 180° to face either port or starboard tack. 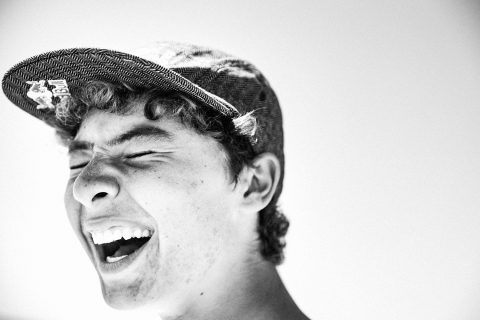 Remi Vila from Starboard was kind enough to send me over a 93 litre Starboard Ignite reinforced with Dyneema®. I have used my regular boards on previous ramps and nothing happened to them at all, but I just wanted to be 100% sure for the five days of shooting that were scheduled that I could focus 100% on my moves. I also used a custom fin; the shape was like an exaggerated weed fin or like a slalom fin put sideways onto the board. 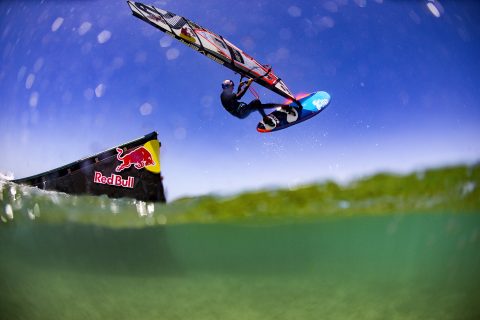 My most asked question was, how did I line up the fin for the ramp? The answer is very simple! We had a lot of pipes on the ramp with a diameter of 8 cm and between them, a gap of 2.5 cm, so it didn’t really matter where I hit the ramp because the fin would slide, because its shape would fit right between the pipes. 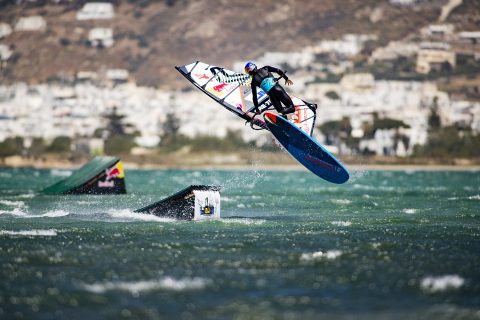 To be honest I felt comfortable in myself and the gear and it did not take me long to warm up and start trying moves off the ramp. Maybe five goes after my first pass I was already trying jumps. I had a list of moves that I wanted to nail, but after every day of shooting one or two new moves came into my mind for the next day! It was cool because we never ran out of moves and ideas as the shoot progressed.

In the windiest conditions, I was sailing on my 4.0; we had 35-knot gusts, which were pretty darn strong! Actually, that day, there were not a lot of nasty crashes and most of them were just catapults because of the small fin. Also, the nasty ones were trying the Air-Chacho, where I was so overpowered that the sail kept getting ripped out of my hands. 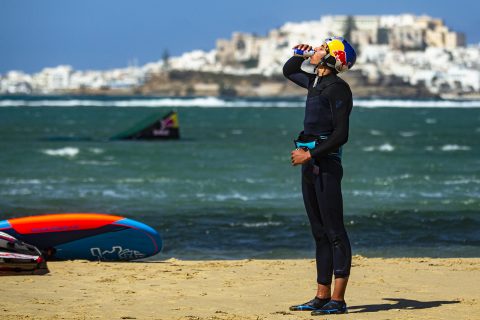 There was a good combination of fear and excitement every time I approached the ramp. I tried to think of nothing else other than the move as I was approaching the ramp. I had a very small percentage of that focus being fear, but once I landed a move and built my confidence, I was just having fun! It felt like I was landing a new move every time I launched from the ramp, although it was just the take off that was different. 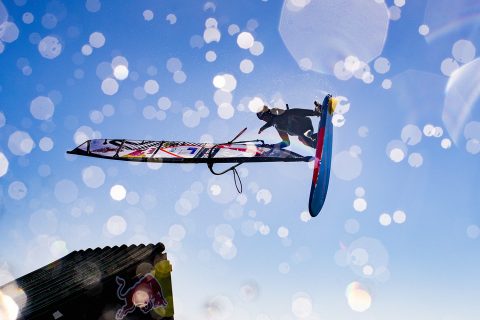 The easiest move by far was the forward loop, since it felt really natural off the ramp! One of the trickier moves was the Pasko, where I normally would bear off slightly on the wave when I take off, but that wasn’t possible since the ramp was very slim. I think by far the hardest move was the burner because I had to go switch and duck in front of the ramp. My biggest fear was to spin out and crash into the ramp, which fortunately didn’t happen! 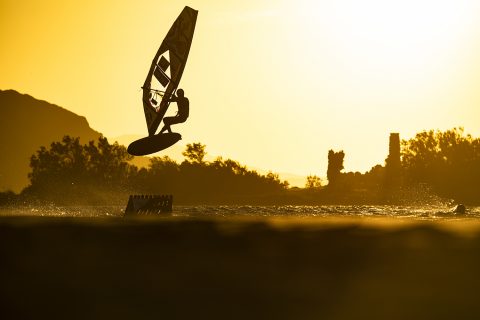 I would for sure like to see a competition with ramps, but I know that there are not many riders willing to use their boards for this! Also, we would need more specialist fins to fit the fin boxes from all the different brands. We would then need a shallow location like the lagoon in Naxos or a floating ramp. There would need to be lot of factors coming into play, but let’s hope one day we will see some ramp contests! 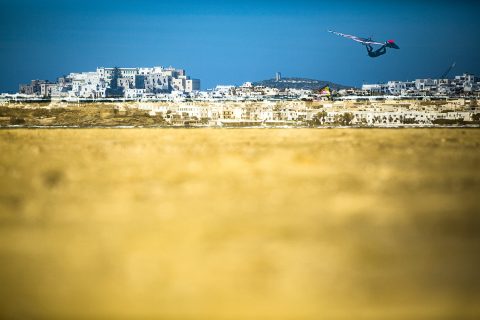 The biggest ramp that we had was 2.2 metres. I believe that we could make a 5 metre ramp that could send me into orbit! The problem is that this would weigh a couple of tons and be approximately 15 metres long! I get goosebumps when I talk about this! With this size ramp, I think a 10 metre back loop would be possible for sure!

The crazy thing is that after the ‘Ramp Project’, when I went back to normal freestyle, I didn’t feel any adrenaline or fear whatsoever for the next week! It felt boring to do regular freestyle!, but fortunately the adrenaline came back after about a week. I believe freestyle is all about adrenaline and this is the reason I do it! 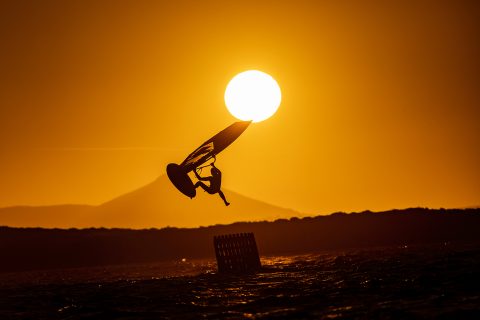