Described by the brand as, “The Future of Windsurfing”, the team at North Windsurfing give us the lowdown on North’s 3Di Technology.

“Decades of innovation under North Sails, the worldwide leader in sailmaking, have prompted the comeback of North Windsurfing. Using innovative 3Di technology to mould and construct sails, a technique pioneered by North Sails 30 years ago, 3Di technology is set to revolutionize the windsurfing arena, just as it did for sailing. 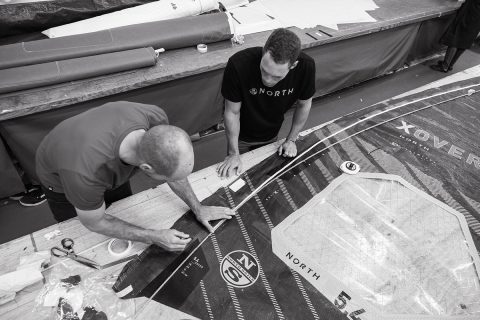 After North Sails formed the North Actionsports Group (NAG), the passion to start making windsurf sails was on everyone’s mind. However, the challenge to bring 30 years of yacht sail development to windsurfing was enormous. From the time North sold the windsurfing business in 1991, North Sails revolutionized the sailmaking world with the first one-piece moulded sails, advanced computer simulations to predict sails flying shapes and performance, and the first filmless composite sails. Additionally, the largest sailmaking factory in the world was built.

It would have been easy to copy what the other brands had been making for the last 30 years, but in typical North fashion, the goal was to take all the technology North had developed in the America’s Cup arena and apply it to windsurfing.  This meant tasking North’s top designers with developing computer models to test sail shapes and using North’s engineers to develop and build adjustable moulds specifically for windsurfing, while tailoring the 3Di process for the demands of windsurf sails. Furthermore, NAG had to hire windsurfing engineers, develop the hardware, and importantly, refine the sail designs and validate test results. 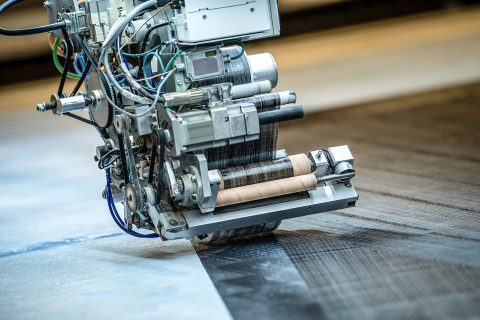 3Di is unprecedented in the windsurfing arena and exemplifies outstanding value with industry-leading shape holding and longer service life compared to any other sailmaking technology today. Proprietary software, engineering, and construction methods allow 3Di sails to maintain their shape to an unmatched level. And the revolutionary technology has already been proven by Volvo Ocean Race teams, who trust their 3Di mainsails for a 45,000+ mile endeavour, the longest and toughest professional sporting event in the world.

3Di is built up from 5 sub-features which are all incorporated and executed in one single production system: the 3Di Moulded Composite Sail, Dyneema Aramid Tapes, Integrated Reinforcements, Load Specific Tape Layout, and Integrated Batten Pockets.  This allows us to create a three-dimensional shaped sail from one single piece, instead of the conventional sections of cloth panels from batten to batten or panel to panel.

North Windsurfing creates different blends of fibre tapes that are each about 30g/m2. By gradually changing the number and orientation of these tapes throughout the sail, North makes sure load and impact requirements are met. Combined with thermoforming the entire skin of the sail on our full size 3D moulds, leaves you with a perfectly smooth sail and the only windsurfing sail on the market that has a 100% seamless shaped surface.

By moulding the sails in 3D, North Windsurfing can add shaping or twist in the sails without being limited to batten position. 3Di allows us to position fibres only where it’s truly needed, resulting in a sail that’s 30-40% lighter than what you’re used to. It’s mesmerizing to see how one 3Di skin can transition seamlessly from thicker parts, to hold tension and resist impact, to other areas in the sails that are thinner, lighter, and softer. 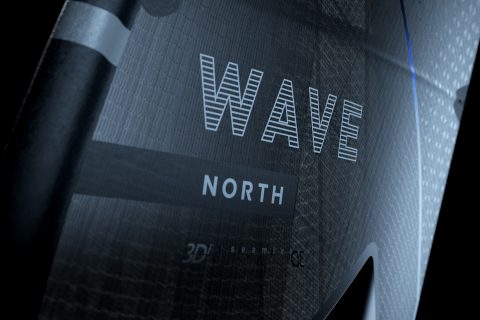 Riding in the Next Dimension

When translating 3Di to performance on the water, all in all, you get a sail that is the first of its kind, with an exceptional combination of features. “When you combine the reactivity, the lack of weight, the durability, and the power delivery, it’s all just that much better compared to traditional sails,” said Pieter Bijl, Head of Research and Development for North Windsurfing. “As a rider, it allows you to go beyond what you thought was possible.”

North Windsurfing’s 3Di technology was put to the test by Antoine Martin, and the sails don’t disappoint for pro riders and passionate weekend warriors alike. “From the first time trying these new sails, I felt something I’ve never felt in a traditional sail. The way the sail absorbs the wind and transforms it into forward drive is unlike anything I’ve experienced before,” said Antoine, who was recently announced as the brand’s first pro rider to join the team.

The first 3Di sail launched by North Windsurfing is the Wave, which will be followed by the release of the X-Over sail in June. The Race and Foil sails will be released in the second half of 2022 and are loaded with unique technology to optimize performance for slalom racers. Find out more at northwindsurfing.com.