Marc Paré Rico, E·334, has been a junior slalom world champion and PWA youth wave world champion, and the exciting Spanish sailor is tipped by many to add a PWA wave world title to his already impressive C.V. From our March 2021 edition of Windsurf Magazine Marc gives us an insight into his roots and ambitions.

I’m from a small town, one hour and a half from Costa Brava. It is inland, close to Barcelona; we don’t have any sea there. My parents and my grandparents have an apartment in Golf de Roses close to where they have the PWA event. When I was five, we were walking on the beach and I saw a windsurf rig. And when you’re small, I guess you are fascinated about those things and I just said that I wanted to try it. My parents knew there was a windsurfing school nearby and they dropped me there the next day, but I was too small, I couldn’t even lift the sail. My sister tried it and continued and my dad just thought that it was amazing. Then for Christmas my dad bought us a beginner’s board and rig and after that we were all hooked. 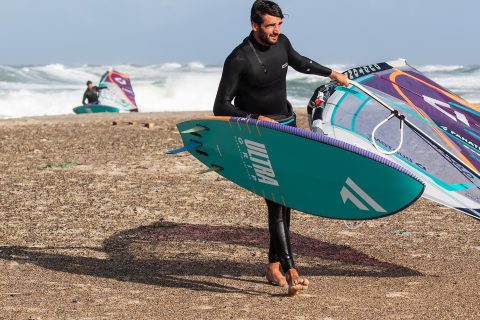 My home spot gets all sorts of conditions, but it is mostly slalom. That’s what I started off doing.  We do score waves in winter time, but it’s more like a few days here and there with north winds. It’s fickle, but when it’s on it can be pretty fun, a bit like a skate park, just the wind is really gusty most of the time. 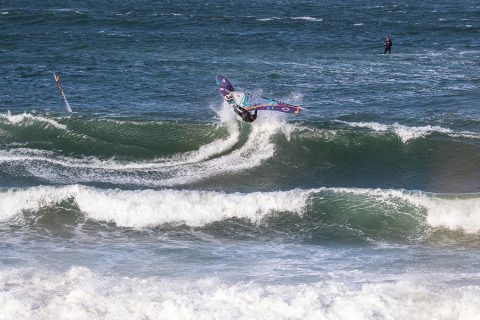 In the summer we get a thermal wind pretty much every day, which is ideal for slalom and so I got into racing at my home spot. When I started travelling I learned more about sailing in the waves. I started going to the Canary Islands when I was 13. I think it’s pretty good that I started doing slalom because it pushed my competitive side. And that’s what made me travel a bit more and start doing some IFCA events. So yes, I have a racing background. I still love it. When I get back home I love to go on my slalom kit. And I hope in the future when I am done with the waves I can keep doing slalom as well. 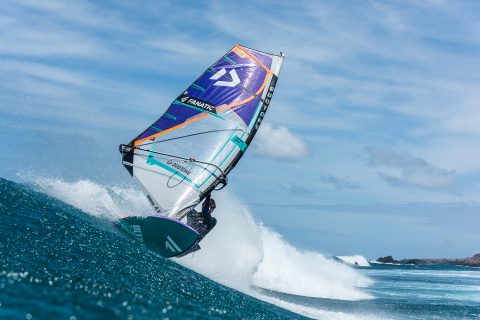 By the time I left school my mind was more focussed on windsurfing. I wanted to start learning physiotherapy, but that meant I would have to stay at home to study. At that moment I felt like I wanted to take the chance of following a windsurfing career rather than study more. I have the exam results to go to university but it is on hold for now. Now my focus is mainly on windsurfing. And that’s what I want to do; I am still only 22 so let’s see what happens. 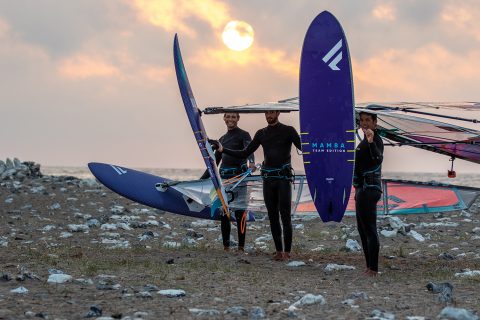 Hanging with the team in Denmark

I am training as hard as possible and hopefully one day, I can fight for the wave world title. That is mainly what I’m trying to do now, just improve my sailing. It’s hard, and it takes time, but I think I’m motivated for that goal. That is my dream! 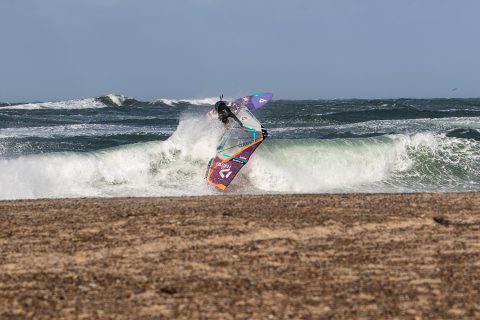 We went to one of the PWA Costa Brava events, it was probably 2008, and the shop in Gerona at the time was selling Loftsails, so my dad bought a few sails so I could compete. The next year the shop was with Simmer so we managed to negotiate a deal with them. Then I met Tomas Persson, the Simmer designer, in 2010 and from then I was with the brand up until the beginning of 2020. 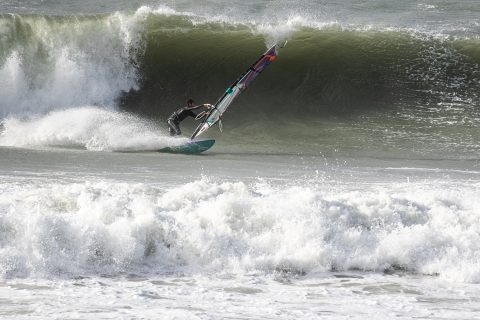 On a heavy one in Denmark!

It was super super hard for me to leave Simmer, it was four intense months of deep thinking and long conversations with my Dad. I had been with Simmer for 10 years and knew Tomas Persson since I was a little kid and he had helped me a lot from day one. For me that personal and family like relationship I had with Tomas and all the Simmer people was really hard to let go of. Even though I felt like I was in a really good position at Simmer, I felt at the same time that moving to a bigger company like Boards & More (Fanatic, Duotone, Ion) could give me some extra motivation and help me reach my dreams and goals. I was more sad than upset to leave Simmer, but I was super excited for a new adventure.

I have been involved in the development of sails and boards, which is pretty special and cool at the same time. In the end it gives you more knowledge on what you are using. It definitely makes you understand your own sailing and how important the right equipment is. 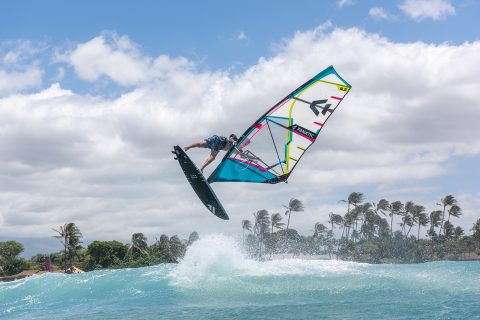 In 2013 I did the PWA event in Pozo as a junior. Actually, I didn’t even want to do it, because I didn’t think I was that good. But my friends said, “Just do it. You’re going to learn and you’re going to have fun”. I came third and liked the feeling of competing in waves. In 2014 I think I stepped up my level quite a bit. I tried to enter the main event in Pozo, but I didn’t know how the system worked and missed registering for the trials. So I signed up for Tenerife, then I went to Denmark and also La Torche in that year. Since then I haven’t stopped and have done all the events on the tour up until 2020 when we had none.

I like the feeling of doing a competition. I mean, it always makes me a bit nervous, but it is super rewarding when you feel like all your hard work pays off when you sail solid heats. In the end, that is why I compete. I like the feeling of being able to showcase what you can do. It can always go either way, but the adrenaline of testing yourself is quite fun. This year has been a bit weird and I missed the rush of competing, but at the same time it’s been awesome to just enjoy windsurfing without any pressure, just focussing on having fun and getting all my gear dialled in for the 2021 season (hopefully).

I am normally always training and having fun at the same time, so that hasn’t changed much. I always try to sail as much as I can and like to give my best on the water.

Throwing the moves at Ho’okipa

Reaching the top is just a matter of hard work and experience. You can be the most talented guy in the world, but if you don’t work hard for it then you won’t win against today’s competition. You can only go so far with just talent, but with hard work and dedication anything is possible. That is what I want to do, just work as hard as I can. Maybe one day I can get to that level and beat Koester, Fernandez, Brawzinho, Stone and Campello. I hope so, they are the hierarchy and it’s a big step to be one of those very top echelon sailors.

I learned to go big because I am a competitive person! I saw some of the juniors back in 2015 doing huge stalled forwards, I was pissed because they were going higher than me. I went out and just kept trying and trying until I started to go higher. Since then I just love doing huge high stalled forwards. When someone asks me about the stalled forward, I think it is just about feeling comfortable at that point when you initiate the forward. So basically what I did to learn them was just jump high, get into the position, and then maybe if I wasn’t comfortable with the height I would let go, or if I felt good just go for it. I don’t get scared normally. I know it’s out of my comfort zone when I look down from really high and it kind of feels like the water is out of focus, but normally it is quite fun. Doing a big stalled forward is one of the best feelings.

Now I also like doubles. I thought I would never get to the point where I would do doubles for pleasure, but now I am! They are not easy, but yeah, I just do them because I like them! 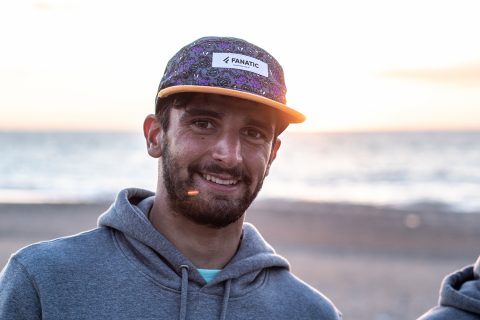 In 2020 I got stuck on Maui together with Victor Fernandez and Adam Lewis. All our flights got cancelled, so I ended up staying there for 4 months, Victor stayed for 4 and a half and Adam just stayed ha ha. It was a good thing as we were able to sail and test a lot. So, overall it was a positive and I have to say it’s awesome to be on the Fanatic Duotone team with them. We were all good friends already, but being able to work with your friends is amazing. It makes testing and traveling much more fun too!

Maui is a really easy and relaxed place to be and time there definitely feels like it goes faster, maybe because it’s so enjoyable, so 4 months there felt like 2 months in another place. The first time I went to Maui it was massive waves and I had a bit of a hard time getting used to it. Now I love it and would spend more time there if I could afford it money wise. 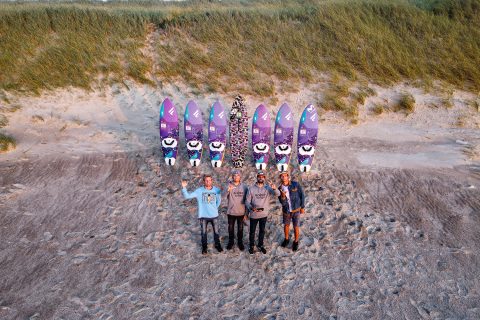