The ‘Mayo Mayhem’ is a wavesailing contest on the west coast of Ireland, now in its second year of running – read and see more about how the 2018 edition went down. Words by Dan Kealy, Photography by Marco Cavalleri. 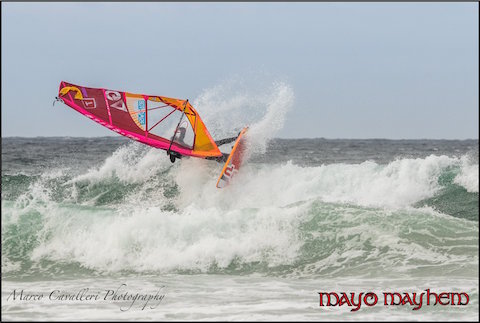 “As the dust settles and the winds change direction our memories of Mayo Mayhem 2018, at the “Battle for the Lake” festival will live on. This was the second year of the Irish Windsurfing Association (IWA) wavesailing competition run in conjunction with the Pure Magic Festival held in Achill ,Co. Mayo Ireland. The wave event competition was held in Bellmullet further north of the main festival event site in Achill making Saturday’s competition a major logistical challenge for the organising crew. 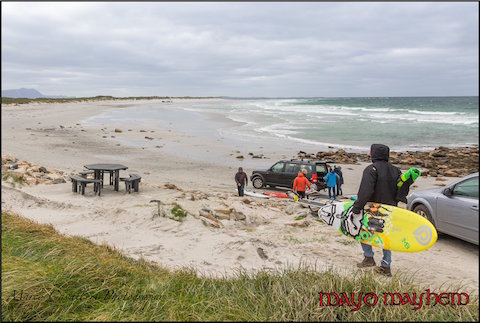 The conditions at Cross Beach, one of the most exposed beaches in Northern Europe, were good with side-shore winds and shoulder to head high waves  pounding the shoreline. The Silver Fleet took to the waves with sail sizes ranging from 4.2m to 5.3m. Conditions were very challenging, with only a short distance from the beach to “out the back”, which made it difficult to find any jumping ramps. On the way back in the waves were breaking in awkward sections making it challenging for competitors to read. However, riders found many good down the line opportunities before the waves closed out quickly. 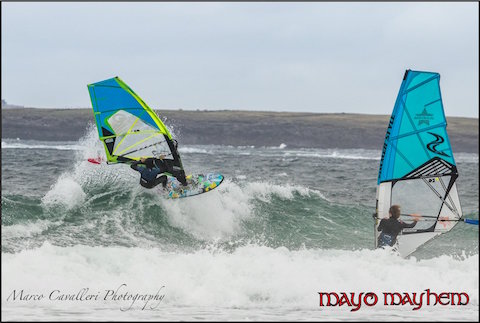 Next up it was time for the Gold Fleet to hit the water and this year’s competition was hotter than ever. Each heat was keenly contested where luck and skill combined to make the competition wide open and the competition format ensured every competitor got to sail at least two heats. Mayo Mayhem’s aim is to bring wavesailors together every year to share their passion for the sport at the huge Pure Magic Festival.Competitors came from all corners of Ireland ,UK and Europe. 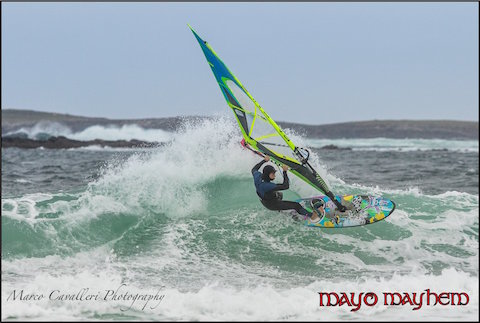 They battled through the rounds of competition, putting their skills and experience to the test over ten minute heats. As the heats whittled down, the conditions became a little lighter and judges decided to drop the jump from the competition – a slightly controversial decision as some sailors were still busting out high jumps. In the Silver Fleet final John Adrain took on Dylan Roe and it was Megan Gayda versus Malcolm Scott for third place in the Silver fleet. In the Gold Fleet it was young guns Aleksy Gayda and Tom Knox who went head to head in an exciting final for the top podium positions while the experienced Dan Kealy and Brandon Bay’s rising star Finn Mellon battled for third. 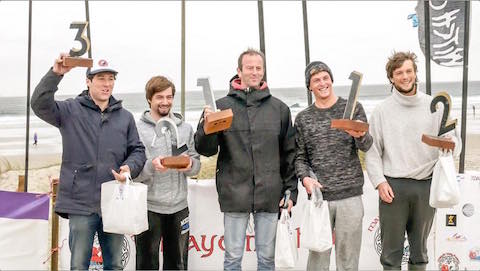 After a hectic day of competition it was time for the windsurfers and event crew to relax and enjoy the gigantic Pure Magic festival  – “Battle of The Lake” – back in Achill. Music stages with top class acts, food stalls, refreshment marquees, outdoor fires, fireworks and a host of juggling and musical fiddle acts were on hand till early morning!!!

The prize giving took place on Sunday with every competitor receiving a generous goodie bag and the winners picking up substantial prizes from the events sponsors. In its second year the event showcased the best of wavesailing competition combined with the Irish “craic”on the Wild Atlantic Way. Hopefully it will be back again next year, bigger and better, here’s to Mayo Mayhem for 2019! Don’t miss out!