The student windsurfing association report on their series final – pics by Tom Pidden & Laura Titheridge – “The Puravida SWA Wave Series reached its climatic conclusion this weekend, in the storm whipped waters of South Wales. Students from far and wide converged on Cardiff to compete for a place on the overall podium, strutting their stuff both in the waves and in the bar. 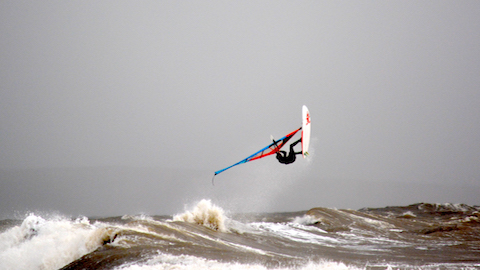 Saturday saw small waves rolling into the event site at Trecco Bay with a light westerly breeze. After some time playing the waiting game, the single elimination kicked off in gentle conditions, perfect for those new to wave sailing. After a couple of hours, Sara Kellett returned victorious after managing to make the most of the light wind conditions. Louis Morris looked solid in second place with George Norcott in third. Anticipation was running high, with a full power forecast for Sunday, Sara would have to be on her game to defend first place. 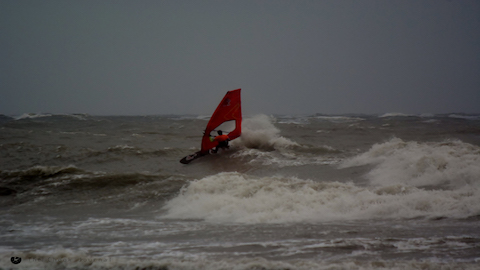 As storm clouds brewed in the sky, the students headed out for a night in Cardiff at another infamous ‘under the sea’ SWA fancy dress party.

The double elimination gave sailors a second chance at working their way up the ranks to challenge Sara for the event title. This second round of the contest was held in by far the best conditions we have seen on the SWA tour this year. Sets breaking over head high and solid 4.2-3.7 weather for the majority of sailors. Stand out performances in the early rounds came from Arthur Fox of Cardiff and Tom Pidden of Nottingham. Both Arthur and Tom were sailing extremely well and looked set to be challenging the leaders, but fell victim to a broken UJ and boom respectively. The big balls award for the weekend has to go to Reuben Lansley, this wave series rookie was on an absolute charge. His forward loops propelling him into fourth place in the single. It was in the double however that he truly outdid himself, advancing past George Norcott into third place. Sailing wildly over powered on a 4.7, he was sending some huge floaty jumps. Reuben had the best crash of the contest with what looked like a bailed tabletop, into Polakow style arm waving decent, into prolonged swim and mauling session. 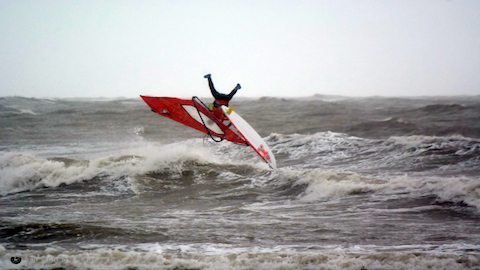 The big story of the event was the rivalry at the top between Sara Kellett and Louis Morris. These two sailors were very evenly matched and the final of the double elimination was by far the highlight of the weekend. Both attacked the riding with late hits, throwing spray and breaking their fins out as they devoured the waves on offer. Matched on riding, it came down to the jumps. When the red flag went up it was Louis with the better forward loop, forcing a super final to decide the outcome of the event. 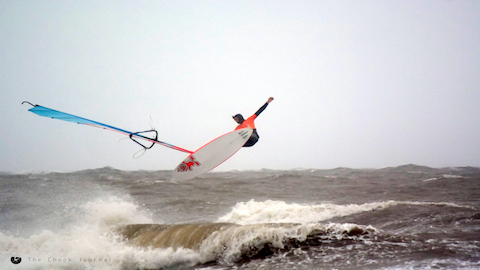 The super final was hit by a squall, reducing Trecco Bay to a cauldron of driving spray as the wind tore water from the tops of the waves. Both Louis and Sara had a tough time of it and there were some serious spankings at the hands of the rampant gusts. Another closely fought battle, it was Louis who emerged from the carnage to claim victory at this final event of the year.

Second place did not dampen Sara’s spirits however, as she secured the overall Puravida SWA wave series title for 2017. A well deserved second for George Norcott and third place for Ben Bulson. A particular success for Ben, last years winner of the judges choice award, using that prize of a Vandal 5.3 to good effect in every event this year. They win themselves a pile of ION goodies as well as a free entry to a BWA event! Full series results will soon be available on the SWA website. 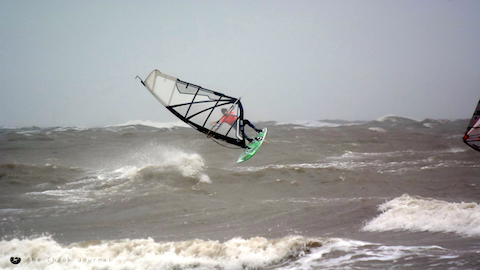 It’s been a spectacular year for the Puravida SWA Wave Series, three great events across the country, a truly deserving champion and a few parties along the way! This location was especially perfect, two beaches within walking distance of each other, Trecco had solid breakers while Newton offered a calmer option for those new to the waves. 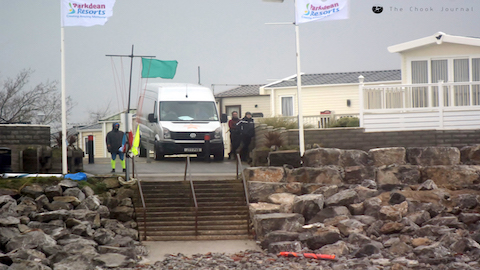 The SWA would like to thank Jim Brooks-Dowsett of Puravida Boardriders for helping to run the tour, Lloyd for the safety cover, Anthony Pitt for helping out on the beach and Cardiff University Windsurf Club for their efforts in organising the event. In addition, we would like to thank our other event hosts: RB Sails, Funsport and emergency saviours Varcity Living.”