Circolo Surf Torbole wins it all: men’s and women’s One Hour fin and foil with Andrea Cucchi, Bruno Martini and Sofia Renna. 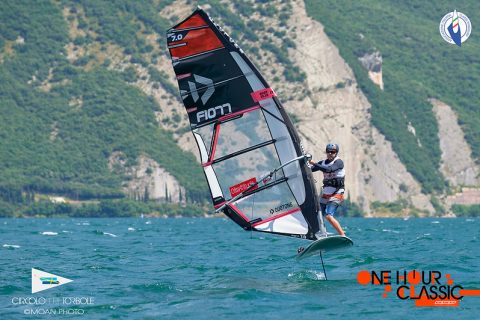 Here is the official event report: “A very intense week of regattas ended at Circolo Surf Torbole, starting with the IFCA Youth Slalom World Championship and ending with one of the most historical regattas of the Northern Garda area: the RRD One Hour Classic. Wind conditions were good, even if not exceptional: it was possible to complete one foil race per day, while the conditions allowed only one valid fin slalom race on Saturday. On Sunday, as well as on Friday, the FIV Race Committee was forced to interrupt the race that had started with good wind conditions between 12-14 knots due to a drop in the wind that started from the east side of the lake, near the mark. 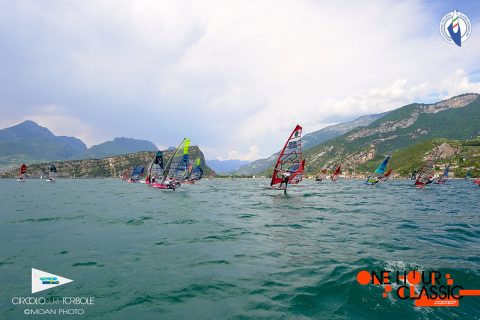 The Circolo Surf Torbole athlete Bruno Martini was able to be there on the last day of competition, having just returned from the first stop of the World Cup in Israel and immediately distinguished himself in his Garda Trentino, where he also put his signature on the RRD One Hour foil, after having made the slalom regatta record in 2018. 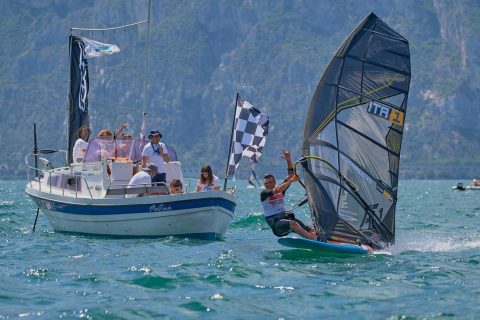 On Sunday, after an excellent start, he did the first jibe in the lead, gaining lap by lap a bigger advantage over Guiraud, French athlete winner of the previous two races held on Friday and Saturday. 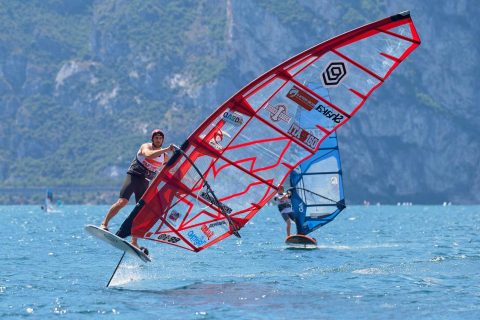 Martini, arriving with almost half a lap ahead of the second, completed 19 laps in 1 hour and 56 seconds and therefore also setting a new foil record. Bruno even came close to his own record achieved with fin,19 laps in 1 hour and 31 seconds: an indication of how much the foil equipment has improved and the ability of the athletes themselves to exploit these new equipment and discipline in terms of speed, considering the fact, that they still raced with much less wind than in the 2018 edition, the year of the conquest of the record in the history of the One Hour. A technological evolution, which further evolves more and more and meets the favor of young people, who are giving a generational change to windsurfing, bringing increasing numbers of entries to the regattas. 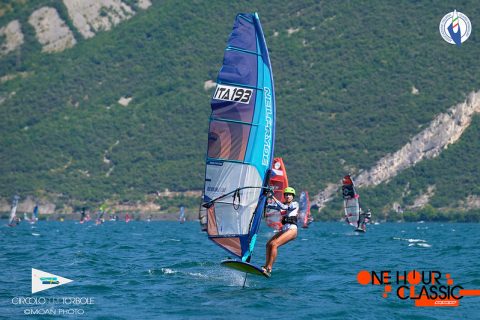 RRD One Hour Classic finThe One Hour with fin and therefore not “flying”, was won by the Circolo Surf Torbole’s Andrea Cucchi with 16 sides completed in 1h 3′ 58″: with this victory Cucchi wins the Challenge Trophy named after Alberto Menegatti after the two editions won by Martini. Second the Danish Søe Johan also winner Under 20; third Ennio Dal Pont. Among women, the local Sofia Renna dominated, winner also among the under 20; ahead of Anna Biagiolini (Windsurfing Club Marina Julia-Monfalcone) and the Czech Raskova. The Sardinian Maddalena Spanu won the third place under 20. 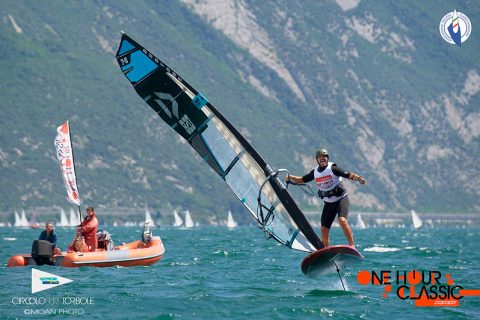 RRD One Hour Classic foil The women’s podium of the foil flying boards represents the reality of the discipline with the first three absolute positions occupied by all young surfers under 20: one-two of the Circolo Surf Torbole athlete Sofia Renna, second place for German Sofie Steinlein and third place for Maddalena Spanu. In the men’s category Bruno Martini won ahead of Lucas Guiraud: he started in the lead after the always spectacular rabbit start (an rubber boat that crosses the starting line and that the competitors have to pass behind the boat) and gradually increased his advantage recording the maximum speed of almost 30 knots, 2 minutes after the start (over 55 Km/h). A result that makes the top rider of Circolo Surf Torbole the first athlete to conquer the record in both disciplines, since the foil was introduced (only in 2019). 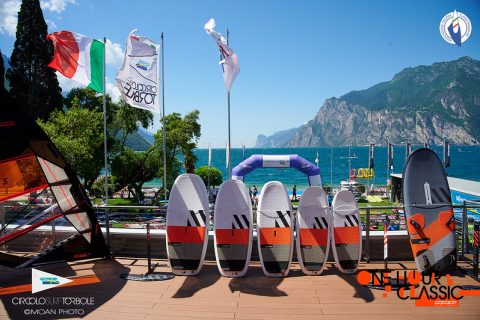 “It was a week of great satisfaction for the Circolo Surf Torbole – commented President Armando Bronzetti after the award ceremony – both as an organizing club, and as a club that puts a lot of resources dedicated to young people and that more and more often sees them on the podium. Both at the Youth Funboard World Championship and at the RRD One Hour Classic our competitive team distinguished itself in all disciplines, winning medals or top positions in the standings. 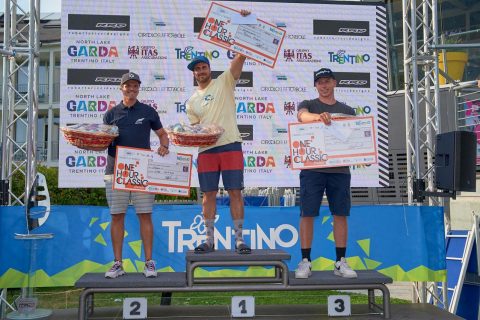 A prize for them, for the trainer Dario Pasta and for the whole club: a group of fans that keeps Torbole a reference point for the windsurfing world, especially for young people. 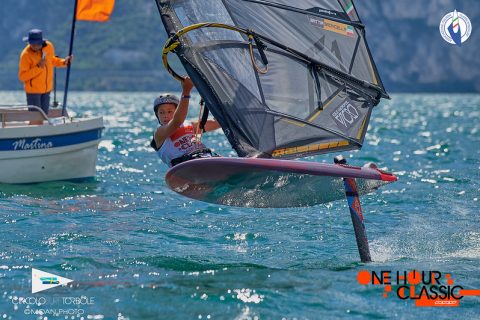 The staff of Circolo Surf Torbole, after this demanding and endless week of regattas, continues with its educational activities and the training of the competitive teams: the windsurfing regattas on Garda Trentino will be back on the occasion of another event dedicated to the very young, the Techno and iQFoil Italian Cup scheduled from the beginning of September to the end of September”. 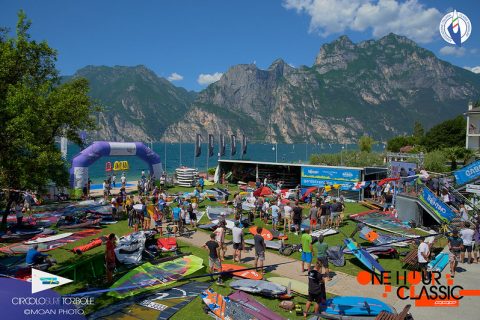