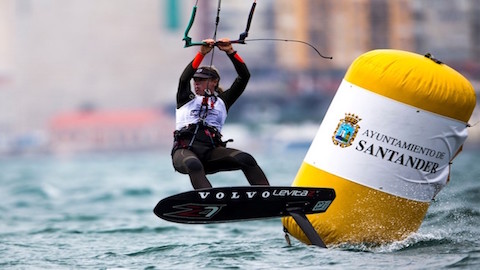 15-28? Female? Dream of Olympic gold? The #britishsailingteam 🇬🇧 is looking for new kiteboarding talent in it’s #kite4gold programme and wants to hear from not just kitesurfers but “anyone who is a proficient racer in windsurfing, dinghy or multihull classes, as well as experienced riders from other board sports including surfing, snowboarding, skateboarding and wakeboarding.” Read more in the PR below from the British Sailing Team.

“The British Sailing Team has launched an exciting new talent search to identify and develop world class female athletes with the potential to win gold pending final confirmation of Formula Kite’s inclusion at the Paris 2024 Olympics.

The team has joined forces with the British Kitesports Association and the English Institute of Sport to establish the #kite4gold programme.

Formula Kite is a cutting edge, high-performance hydrofoiling sport that sees riders race round a course at blistering speeds of up to 55 knots (63 mph).

World Sailing, the global governing body for sailing, confirmed at its mid-year meeting that there would be a mixed kite event put forward to the International Olympic Committee for inclusion at the Paris 2024 Olympics.

The decision is expected to be confirmed by the IOC after ratification at World Sailing’s annual conference later this year.

Formula Kite made its Sailing World Championships debut in Aarhus, Denmark, in August.

The goal of #kite4gold is to develop a strong group of female riders, one of whom will compete alongside a male rider for gold at Paris 2024. 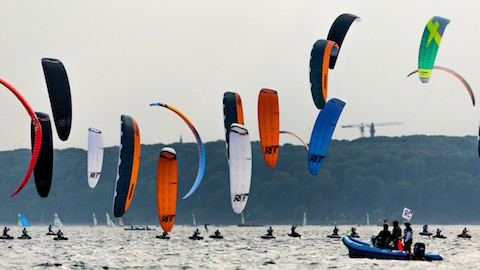 In order to apply to be part of #kite4gold you must be a female British citizen aged between 15 and 28 who is fiercely competitive, highly motivated to succeed and enjoys fast and fun racing.

Crucially, the search is not limited to those who can already kitesurf. We want to hear from anyone who is a proficient racer in windsurfing, dinghy or multihull classes, as well as experienced riders from other board sports including surfing, snowboarding, skateboarding and wakeboarding.

Successful applicants will be trained by the British Sailing Team and BKSA’s expert instructors and coaches, and supported through the transition to becoming a full-time athlete.

If, as expected, Formula Kite becomes an Olympic sport, financial support will be available to shortlisted candidates via the UK Sport World Class Performance Programme funded by the National Lottery.

“While Paris 2024 seems a long time away, six years is a short time to develop world class athletes from scratch in a new event,” said Ian Walker, Director of Racing at the RYA.

“We want to get ahead of our competition so that we can give our athletes the very best chance of success. We cannot afford to delay our talent search until after the final IOC ratification as precious time would be lost.”

Andy Gratwick, Managing Director of the BKSA, added: “We are pleased to announce the launch of the #kite4gold talent ID programme, the first stage of an exciting project and journey towards the 2024 Olympic kitesurfing podium for British female competitors.

“We have a great history of British kitesurfing world champions from Mark Shinn and Aaron Hadlow to the Bridge family. We are excited to be entering this new era of Olympic kitesurfing and for the UK to lead the way in racing.”

To sign up to be part of our talent search click here. Applications are open now and will close at 12pm on Monday September 17.

Selection/development weekends will then be held at the following venues: