Windsurf hear from Corky Kirkham about life on and off the water in Fuerteventura post lockdown! 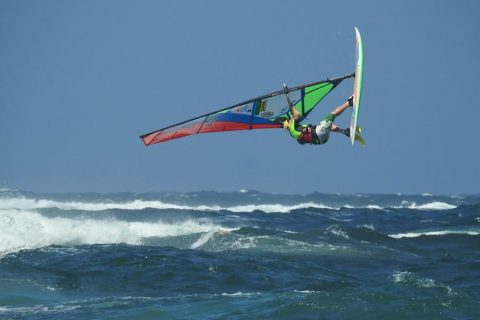 Corky “Lockdown was super tough and extreme here. We had solid four months inside with soldiers outside patrolling the beaches and streets. We think it helped keep down the cases. There was a 50m strict law where you could only be outside your home 50m away, it was weird but my house is only 20m from the sea so that was not too bad.

I was going a bit crazy but I enjoyed my set routine. I trained daily and after 5pm had a few beers! The first time hit water was weird but obviously I was super pumped and went in just in the local bay. We had some sick winds but we didn’t venture far as it felt super restricted! You could only sail at the weirdest times, like from 7pm to 9pm when there is usually no wind. 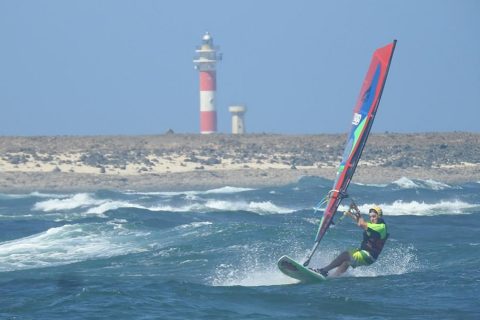 It is quiet here now in Fuerteventura as the UK put quarantine in place which others have now copied. Over here we have had no deaths but we follow Spain’s decisions.

On the water it is full of sailors, Bjorn Dunkerbeck his son Liam have just been over, Timo Mullen was over as well as a Red Bull kite team. So very busy on water, I have never seen so many water sports people out there. 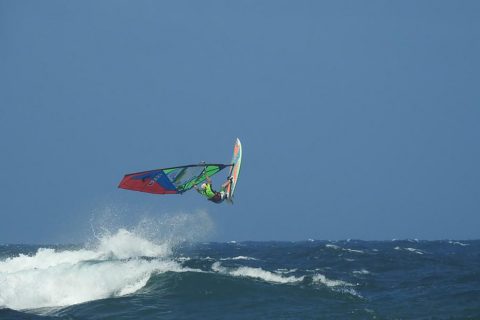 Windsurfing has been in my blood since my ‘Geordie’ days at home in Blyth. I think it is pretty obvious to anyone that knows me that I am addicted to windsurfing!  There is nothing worse than missing a sick day, I love the enjoyment it brings, to be out there flying with friends.

Since lockdown sunny Fuerteventura has been firing for the last 35 days with only a couple days to rest the bones when the waves dropped. Glass Beach has delivered but mostly Punta Blanca on the north shore and El Cotillo have been best For anyone travelling to Fuerteventura always remember if its onshore at Flag or Glass Beach, go to Cotillo or Punta Blanca, that is the key! We have been on everything from 4.2m to 5.2m over last 35 days! I even made a few days trips over to Lanzarote to sail Jameos del Agua and Las Cucharas thrown in. 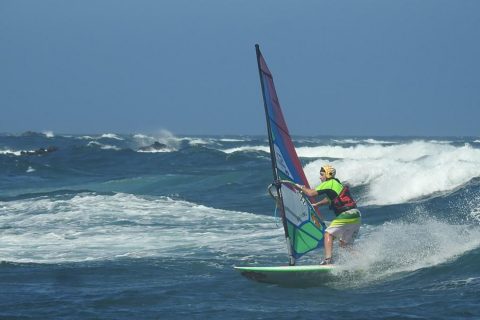 We are still Covid free relatively and fortunately no deaths in Fuerteventura. There will be no travelling for me personally in the near future. But I hope to see all the crew in Tiree soon!”