The best speed sailors from around the world decended on island of Fuerteventura for the fourth edition of the Dunkerbeck GPS Speed Challenge which  started with epic conditions in Matas Blancas beach. In winds of up to 40 Knots and a massive shore break the fifty plus strong mens fleet, women and kids made the most of it from day one with peak speeds of over 40 knots.

After five valid heats the mens open fleet is not going to to form!  The leader is Dutchman Twan Verseput followed by Swedens, Marcus Emanuelsson and surprisingly 42 times world champion and winner of the three previous editions is Bjorn Dunkerbeck in third position so far. But knowing Bjorn he will not take this lying down and will be fighting back hard to retain his World Speed title.

The Ladys fleet is once again clearly dominated by Zara Davis, but she is being kept honest and chased hard by her rival from last year Anne Schindler and the new comer to speed Miriam Rasmussen from Norway in third.

New this year is the timing mesurement system from DotVision.com that provides life-tracking of each rider online. The speeds of the rider can be followed on the computer or mobilephone giving a fantastic interactive experience.. If you want to follow the action live, go to www. Motion.dotvision.com/events. You can also replay all the heats so far. 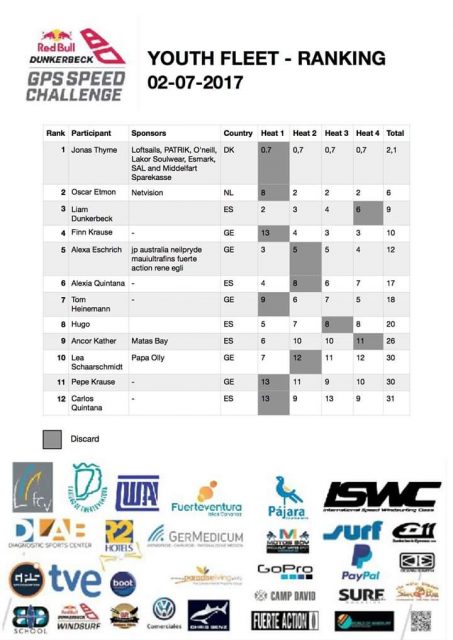 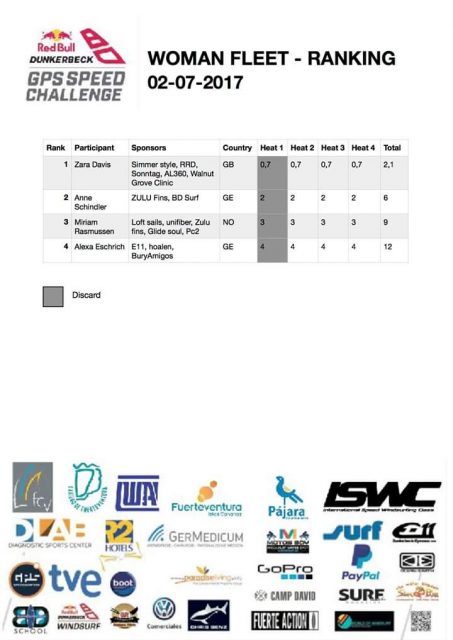 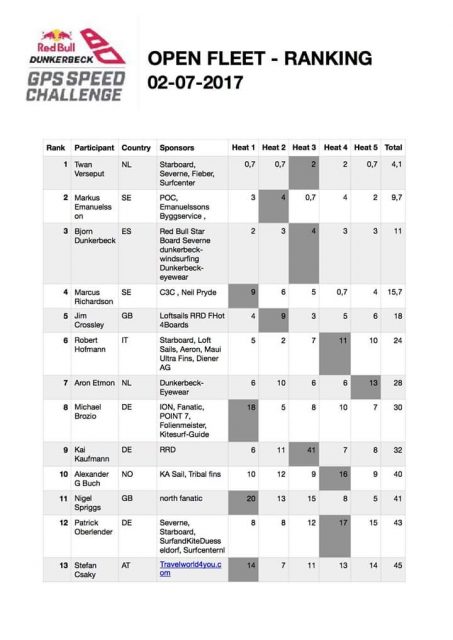