The second period of the Dunkerbeck speed challenge has just come to an end, and the winners have been announced!

More than 250 registered riders from 21 different countries,  making the Gran Canaria, Dunkerbeck Speed Challenge 2020, one of the most important virtual events worldwide. 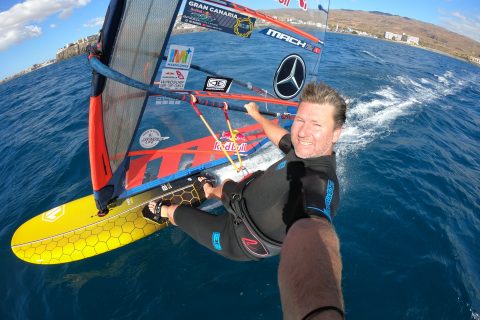 Holland was the country with the most registrations, doubling the German number of participants, followed by Sweden in third. Also riders from Australia, the UK, USA and Namibia inscribed for the event. 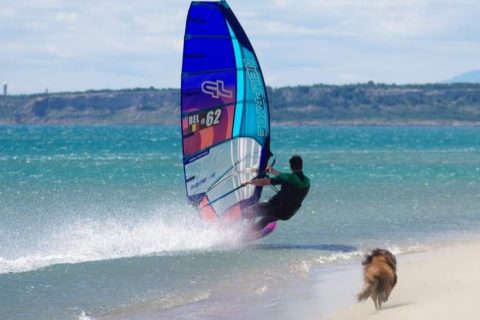 Belgian speed specialist, Vincent Valkenaers, was the winner of the men’s event after clocking up an impressive 48.16 knots (av. on 250m) during the second period, with that speed he managed to break the draw he had with the Dutch Hans Kreisel, who was the winner of the first period. Both riders are part of the world elite of the speed discipline and are regulars on the Luderitz canal speed group, third place went to the Dutchman Jacques van der Hout. 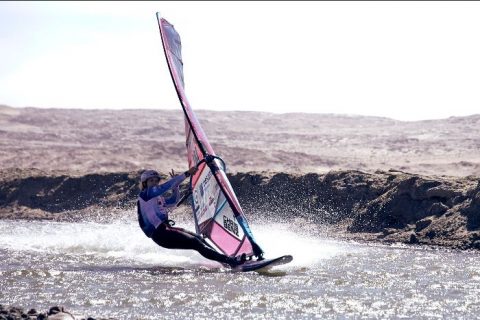 In the women’s category, Heidi Ulrich from Switzerland won with a speed of 39.04 knots. The newcomer Kirsten Baas from the Netherlands who won the first period with 34.19 knots put up a tough challenge to Heidi.

We are really stoked about the great variety of sailors and the achieved speeds and we are looking forward tho the the next edition of the DUNKERBECK SPEED CHALLENGE coming up from the 01.11. let’s keep pushing!

Speedsurfing is for every windsurfer- no matter the spot, the gear, the age or whether you are professional or amateur as long as you enjoy it and feel the need for speed! Keep the spirit up and feel the sensation of going faster and faster.

66 years difference between the oldest and youngest! With Bjorn’s dad, Eugen Dunkerbeck the oldest rider with 76 years old who was the winner of the ULTIMATE ranking, In turn Julian Koldeweid from the Netherlands, only 10 years old became the youngest participant and won his category. 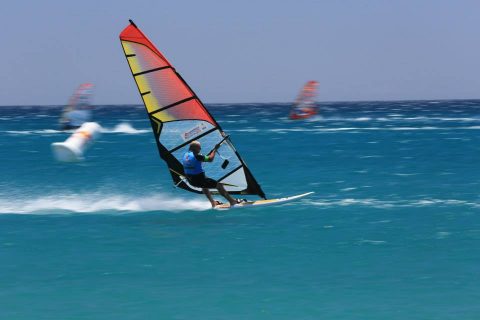 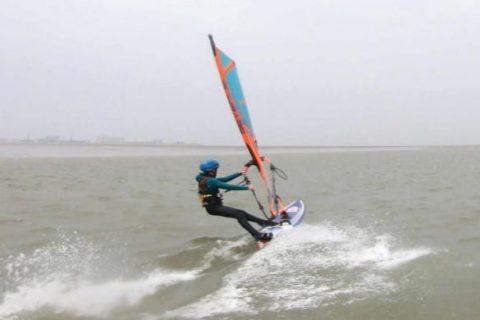 This is a clear proof that in speed windsurfing there is no age limitation, a discipline in which grandparents can compete against their grandchildren and spend time together in the water. 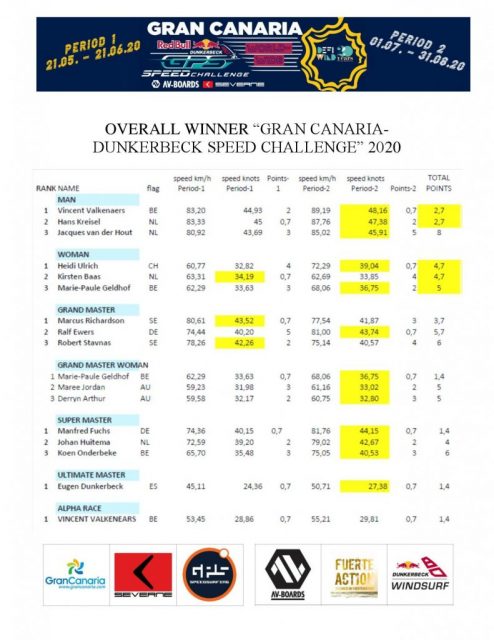 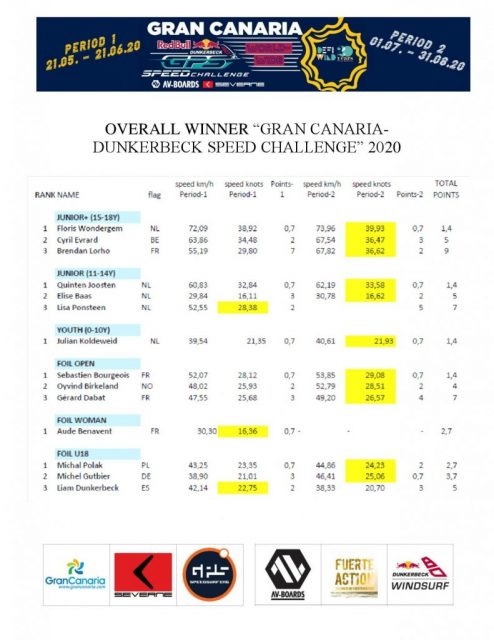