Jacapo Testa won the EFPT Vieste 2022 event to extend his lead in the EFPT championship. Here is the official EFPT report from the final day of action!

“The second tour stop of the 2022 European Freestyle Pro Tour was held from 9th – 12th of June in the picturesque and windy Vieste in Italy. Italian Jacopo Testa fended off Steven van Broeckhoven and went on to win the Double Elimination against Yentel Caers. An action-packed Super Final ensued to determine the event win. With a plethora of high scoring moves on both sides of the final, this was a day for the freestyle windsurfing books. 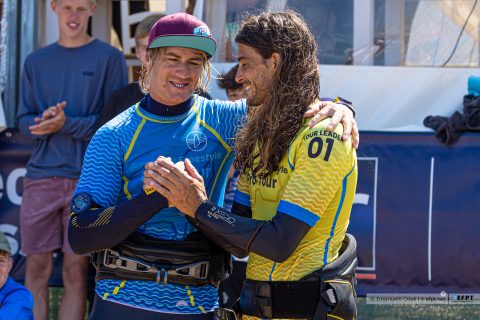 In the Double Elimination final Yentel Caers opened really strong on starboard tack, determined to cut Testa’s campaign short early as he took the lead during the opening of the heat. Testa found his rhythm again though, and put together a monster score, with a 7 point move average for his final score. With a Spock Kabikuchi in light winds that left the judges gasping, he secured the Double Elimination win meaning that it was now one a piece – Caers won the Single and Testa the Double. 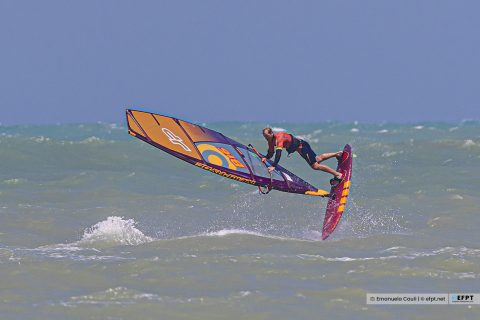 To determine the event winner a 15 minute Super Final was now a reality. With Italian crowds lining the beach to cheer on their windsurfing hero, the green flag went up and the judges focused their binoculars. The action was very far out, with both riders pushing past the edges of the competition area to utilise every inch of wind available to them. Caers had assistance from fellow Belgian Steven van Broeckhoven who went out on another set of smaller gear in case conditions changed. 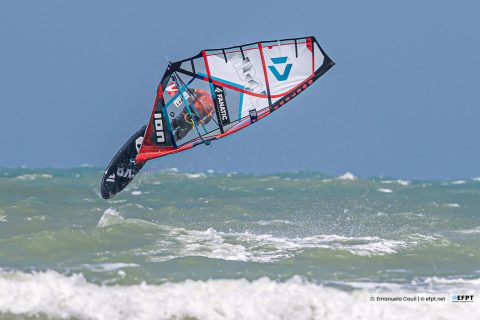 Jacopo did not seem bothered and opened with a massive Bongka, while Yentel took a bit more time to get fired up. He quickly asserted that he was not to be discounted with a Pasko and Double Culo. Getting the right moves on porttack was the challenge for both riders, with Testa crashing three times on various moves. The standings were very close and it was only towards the very end that the current tour leader improved his starboard score enough to gain a 1 point lead. 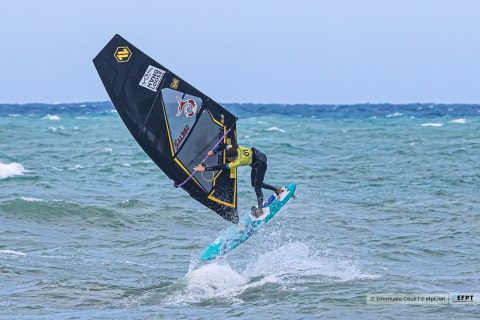 As Caers charged at a wave for what was presumably going to be another Shifty attempt, which we have seen him score over 8 points before, he catapulted spectacularly. The Italian crowds released a mix of cheers and relieved sighs as their iconic sailor was now clear of danger. Jacopo Testa took the Super Final win and thus extended his European Championship title race lead.” 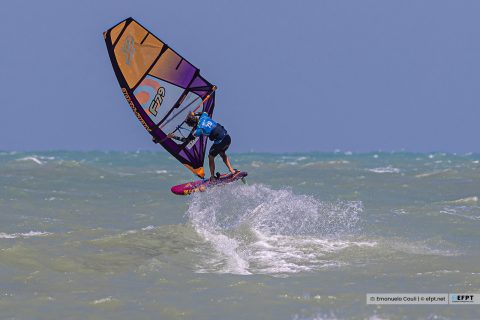