Looking for some late summer reading? The Wave at Hanging Rock is the debut novel from Gregg Dunnett, brother of Round-Britain-Windsurfer Jono Dunnett, and former writer at Boards magazine.

The story revolves around three boys who grow up as surfers in a small coastal village in West Wales. They discover an incredible surfing break inside a nearby private estate – the wave at Hanging Rock of the title – and their obsession to protect it from outsiders leads to consequences which ultimately none of them can escape from. 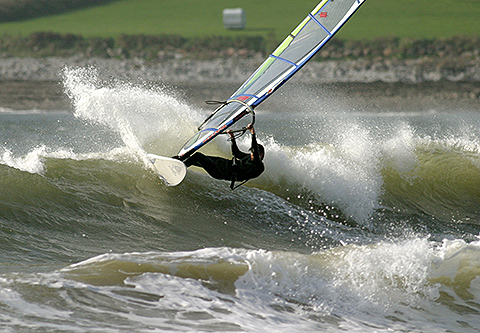 “A few things really. I’ve surfed and windsurfed since I was very little, but I’ve always been frustrated by how poorly the sports are represented in books and films. Windsurfing simply doesn’t exist in literature, and surfing is usual handled with the same old cliches: the search for the ultimate ride, the pilgrimage to Hawaii type story. It’s always been miles away from my experience of doing these sports, and for a long time I’ve had the idea that one day I might try and write something in a style that’s a bit more real.

And I made a few attempts, but never followed through and finished anything. And then my brother suddenly announced he was going to windsurf all the way around Britain, alone, and with no support boat following him. And I watched as he basically just got on and did it. And that gave me a real kick up the arse that if he could do that, how hard could it be to finish a book? So I started getting up at five every morning and trying to write 1000 words before anyone else woke up, and dedicating all my spare time at weekends to writing (unless it was windy, obviously). 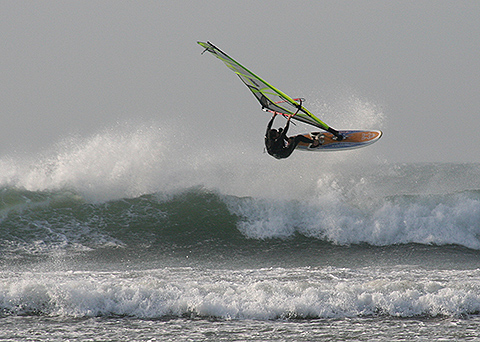 The final reason is that, when I was younger and worked for Boards Magazine, I got to visit a lot of amazing places around the world testing boards and sails. And life’s very different now. These days I’m a stay-at-home dad with two young kids, which means travel is basically impossible and even just getting on the water locally happens a lot less often. So writing about surfing is kind of the closest I get to it at the moment.” 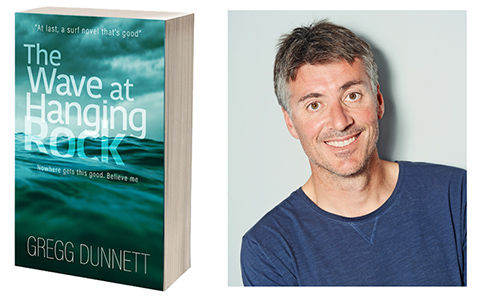 So why not write a book about windsurfing?
“I’m definitely more of a windsurfer than I am surfer, not least because I live in Bournemouth which isn’t great for surfing, but really I’m just happy to get out in waves, whether that’s on a surfboard, paddleboard or windsurfing. So I guess I’m trying to be strategic, it takes a long time to write a book, it would be nice to sell a few copies, and ultimately surfing is a much bigger potential market. And actually for this story it also just fitted better with surfing. Although there are breaks where windsurfers are very protective of ‘their’ waves, the phenomenon of localism is much more closely associated with surfing.

Does that mean this book is primarily for surfers?
Not at all, it’s actually quite mainstream. I’ve tried to make it well written, believable and fast-paced, with all the twists and surprises that you’d expect from a mainstream phycological thriller, but which just happens to feature characters who surf. And I’ve had a lot of very positive feedback from both surfers and non-surfers (and from windsurfers too). Having said that, by the nature of its subject matter it will appeal most strongly to people who are into surfing, windsurfing and related sports. For all the differences between these sports they share common themes, some of which feature in the story. 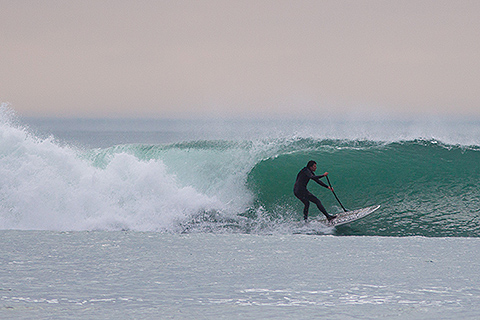 A lot of the novel is based in a fictional village in Wales, why choose Wales?
Again, the location worked for the story, but it’s definitely an area that means a lot to me. I went to university in Swansea and learnt to surf on the Gower, so I guess that’s fed into the book somewhere. And I’ve had a few trips out to Pembrokeshire more recently and to some point breaks higher up the coast. Basing the story there meant I got to relive some of those a bit too.

And finally, is this a one off or do you have plans for other books?
Actually I’ve got loads of ideas and I’m about half way through a second book and have already started a third. But ultimately it will depend on the reaction to this first book. I’ve got a hunch that there are people out there, like me, who would enjoy stories which feature the surfing/windsurfing lifestyle which tend to be misrepresented or ignored by the mainstream. But I could be wrong. I don’t know of anyone else trying to do this, and there might be a very good reason for that! I just hope people will give it a go, and we’ll see.

The Wave at Hanging Rock is released on September 10th in Amazon Kindle format with a printed copy coming soon afterwards. You can order a copy now on Amazon

And you can find out more about Gregg by visiting his website: