6 out of 7 won eliminations during the 2015 racing season have made the WARP 9.0LW become the most successful slalom sail in PWA history. Extreme propulsion, incredibly fast, uncompromisingly designed to win. It is the ultimate World Cup racing sail. 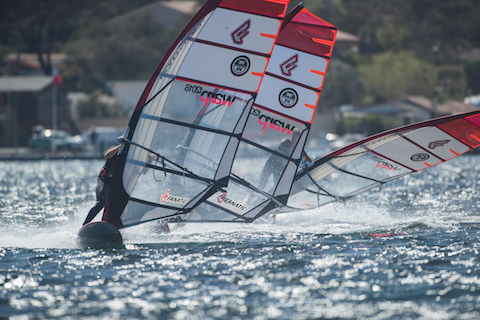 Due to NO.COMPROMISE.DESIGN the WARP F2018 generates better low-end power and acceleration. Start after start and jibe after jibe more acceleration than anything else without becoming physical. That allows you to reserve energy over the entire racecourse and to keep a clear head fortactics. Combined with the unrivaled soft camber rotation, the new WARP F2018 therefore is not just the first choice for World Cup riders but for aspiring freeriders alike. 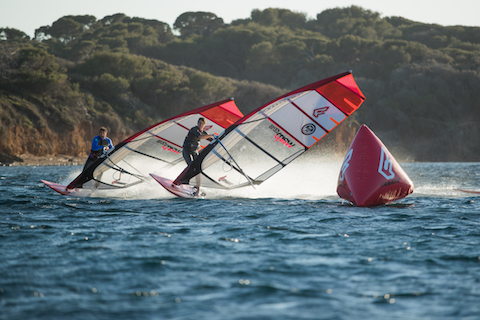 It took more than three years to develop the new shaping- and the design concept on which the WARP F2018 is based. Far more complex than previous designs, it incorporates divers influences on the rig into the panel layout. The resultis overwhelming: using the NO.COMPROMISE.DESIGN the new WARP
F2018 generates enormous acceleration and power out of the jibe and after the start. Unlike other “powerhouse” slalom sails out there the NO.COMPROMISE.DESIGN guarantees that this extra power is achieved without the sail becoming extremely physical to sail! This means that there isn’t a sudden power explosion for the rider to handle but rather a continuous, very harmonious power delivery. This relieves the rider, giving them power reserves for the entire race and freedom in order to fully concentrate on race tactics. 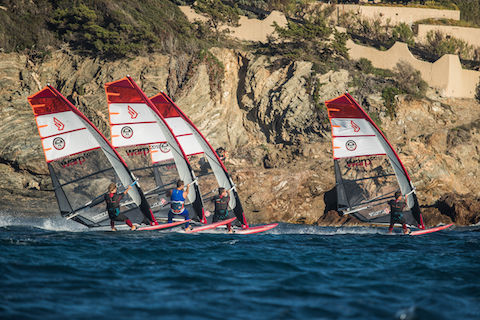 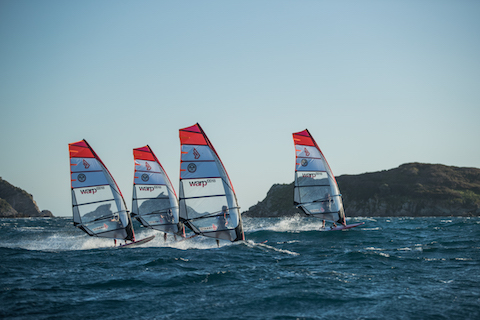 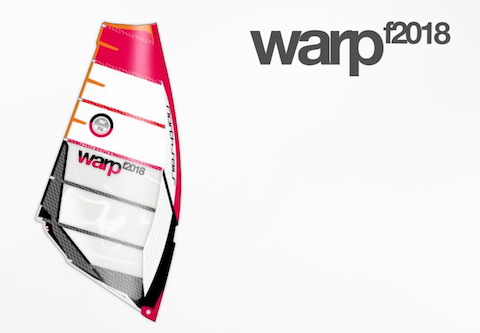 KEY FEATURES:
– NO.COMPROMISE.DESIGN Guarantees an ideal mix of maximum power and forward pull without loosing stability/wind-range or becoming super physical
– SIZESPECIFIC.DESIGN Thanks to three different, size-dependent concepts each sailsize is individually matched to the wind strength
– 7.BATTEN.DESIGN Makes the WARP F2018 the lightest monofilm Slalom sail on the market
– Less weight due to MINI.PROTECTOR and super light iROCKET 2.0 batten tensioner
– MODERATE.CUTAWAY.CLEW Less blow out / hinge-effect for more power and more direct acceleration
– HYPER.CAM Again and again confirmed through magazine tests worldwide: The best rotating camber on the market
– ON.THE.COURSE-FOR.THE.COURSE Developed and tested in real racing conditions on the course against all competitor sails convinced us that the WARP F2018 can beat anything out there!