Despite his lifelong battle with dyslexia, Harrison has built a successful career as a boatbuilder, and fine jewellery designer/manufacturer. He is now keen to demonstrate to others who suffer from similar debilitating conditions, that by setting a personal challenge it is possible to find the strength, determination and the ability to see the positive side of seemingly daunting prospects.

Commenting on his decision to embark on such a challenge, Harrison said: “I once joined a pilgrimage to Lourdes, France to help the sick and disabled. It was a humbling and rewarding experience. And I wish to continue along this vein. Hence I have chosen my windsurf challenge to continue what I believe in.

“I am not doing this challenge to prove anything to the doubters and the ‘no’ people, I am here to celebrate the ‘yes’ people and the ‘you can’ and ‘do yourself proud’ people.”

After two years of planning, training, and raising funds for equipment, Harrison believes ‘the time is right’ and he hopes to attempt the challenge in July or August this year, depending on the weather conditions.

To complete the 75nm course on his custom-built carbonfibre board and Severne sail, in his target time of five hours, Harrison says he’ll need to clock up an average speed of 15kts, which means he’ll need a steady southerly breeze of 15-18kts.

Sailing across the North Sea from Burnham-on-Crouch (Swin Spitway) to Ostend, is no mean feat. Harrison will face many challenges along the way including biggest hazard of all – shipping. The Channel, which flows into the North Sea in this area, is one of the busiest shipping lanes in the world, so it will be down to Harrison and his support team on the accompanying Rigid Inflatable Boat (RIB) Restless, to work out a safe route through.

Thankfully, Team North Sea Challenge is well equipped with modern marine technology including Sci-Tech (POB) Tracker, which tracks in real time, independently of phone networks, using GNSS and RF technology. Communication between the support crew and Harrison will be via hand held VHF radios, and AIS (Automatic Identification System) to alert shipping, will be in use. 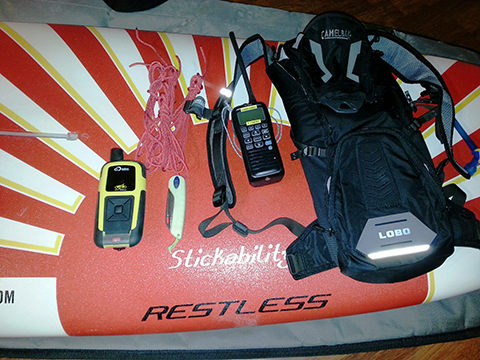 Commenting on his training and the level of fitness he has built up, to date, Harrison concluded: “I have been training for this for two years but with under three months to go, I have increased the intensity. I spend between one-two hours in the gym four or five days a week, as well as yoga every morning and as much on-the-water training as possible. My sailing sessions last anything between two and four hours, so it is full on.”

ABOUT TOM HARRISON
Tom Harrison (42) lives and works in Burnham-on-Crouch and runs his own design and manufacturing company specialising in fine jewellery. Although dyslexia has threatened to disrupt his life, his will power and passion for sailing, in particular, has helped him conquer personal challenges including his attempt at the North Sea Challenge. With the support of his family, friends and partner Jo, Harrison’s aim, in addition to raising funds for two charities, is to leave a lasting legacy to help inspire those suffering similar disabilities, to live their dreams.