Severne has just launched the new “Hydro” foil race board, here is what they have to say about the new board;

“ANOTHER MILESTONE FOR THE SEVERNE BRAND

After an extensive period of R&D, a new foil racing board “Hydro” is now introduced into the Severne board range. This represents yet another major milestone for the Severne brand. Along with the introduction of the Hydro, a whole new breed of riders will be pushing the board to its limits on the racecourse all around the world.

Severne is thrilled to announce Mateus Isaac as the first-ever full Severne rider followed by Luuc Vanopzeeland, Adrien Mestre, Clement Bourgeois, and Sam Sills who also has been the lead developer of the Hydro foil race board. 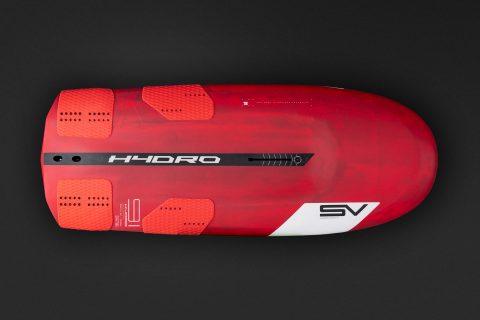 The Hydro foil race board program is designed using inventive technology and computer modeling for scale tipping performance across all foil racing disciplines. Hydro boards will be available from June 2022.

One of the main driving forces, as well as, the lead designer on the Hydro board project is Sam Sills. With a background in naval architecture and intricate knowledge of windsurfing, Sam has already worked his way onto the British Sailing team where he currently competes as an iQFOiL athlete. 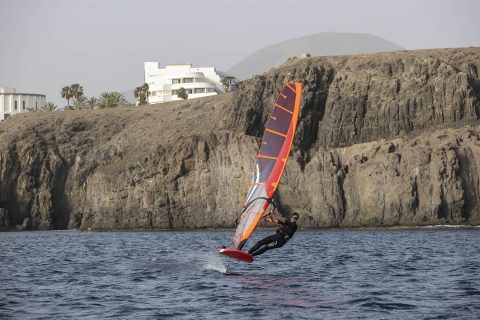 Can you describe the process from inception to the introduction of the Hydro board range?

We started with a blank page and the focus of stability and aerodynamics. Several designs were engineered in 3D and built with a CNC process. We then ran comparative testing on the water in many locations with several concepts and looked to find the perfect balance over the range of conditions for each design. For example the 100 Hydro needed to have a much larger operating range and therefore has a slightly different shape concept to the rest of the Hydros.

Without giving away design secrets, the shape is optimised for stability, low aerodynamic drag, early take off and maximum leverage over the foil. The deck convex promotes laminar airflow for longer over the board and you can actually feel this through the wind. The high volume and length increases the mass inertia and stabilizes the board in the air giving you “Autopilot” control. Cutaways help reduce the waterline, making takeoff and touchdowns more efficient.

The high rails give the rider more leverage when canted over to windward and this increases righting moment + forward drive. Ultra Low mast track, reduces the lever between Center of effort in the sail and foil and therefore increases forward drive and hence speed.

The tail bump on the deck has two purposes;
1# gives you a 6th sense when gybing so you can always find your balance.
2#gives you foot support to pump off when taking off in lighter winds. 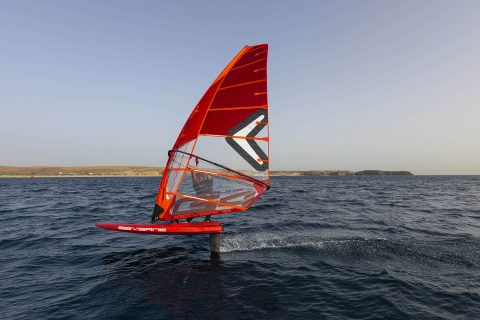 Are there any key features that you would like to point out?

I think the key to this design is in balancing all the major design aspects, there’s a lot of innovations that were included, and to strike a solid balance without compromise is probably the key feature.

For racing you always have unexpected conditions and scenarios so you need a board that can perform in sub-perfect as well as champagne conditions.  We have also given the board a huge amount of tuning options, with a long mastrack, 5 x longitudinal footstrap inserts. This just helps any rider get set up exactly how they like.

What makes the Hydro stand out?

When you sail it, you’re just faster.  There’s no escaping the laws of physics. Other than that the bullet nose shape is quite a visually striking feature when you first see the design.

What was the design objective for the Hydro?

Who is the Hydro for?

It was initially designed for top athletes to push their foiling limits and provide them with the tools to win.

However, to be honest, the aspects of stability that make up a good race board, also make life easier for everyone when foiling, so freeriders really enjoyed testing the board and were genuinely surprised how much easier it was for them to make new P.Bs in speed. 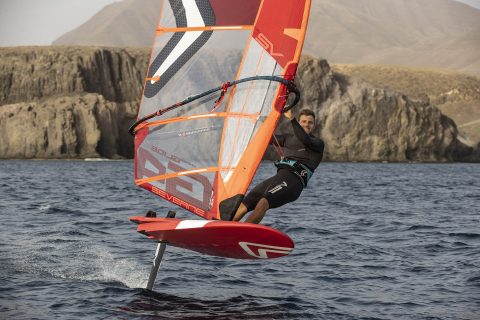 Young up-and-coming racer Mateus Isaac was the first Severne rider to sign on as a complete rider. In the foil racing scene, Mateus is already making a name for himself. He has already won his first PWA event and has multiple podiums in the bag across multiple disciplines including iQFOiL.

Asked why he opted to become a full Severne rider, Mateus said; “The most reliable, easy, and fast equipment on the market. The equipment is designed to make your life easier, and pretty much plug and play.“

As for his first experience on the Hydro board, the message was clear; “STABLE. The design of the deck shape combined with the design of the nose created an extremely stable board, you feel that the board has no speed boundaries. The Hydro looks like a missile. Very aerodynamic and beautiful.“

After spending time on the boards, Mateus has indicated that he would use the Hydro91 in winds up to 15 knots, and the Hydro85 in winds above 15 knots.

Dutch racer Luuc Vanopzeeland is no stranger to the Severne brand. Back in 2019, Luuc won his first world title using a HyperGlide 2 foil race sail. Now Luuc will be riding the latest generation Severne HyperGlide sails and the Hydro boards in both slalom and formula foil. 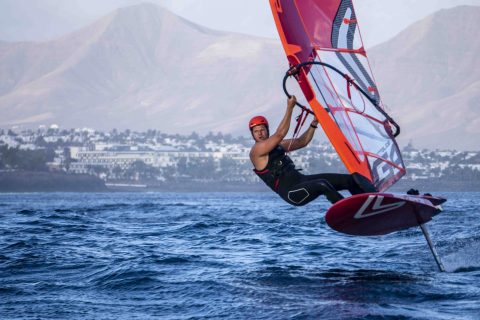 Why Severne?
In 2019 I won the first foiling worlds with the Severne HyperGlide 2. It was clear that with Severne gear in my hands I’ll be able to perform, so when the chance to become part of this amazing brand occurred I obviously went for it instantly!

What about the Hydro board is most noticeable for you?

The hydro boards are first of all looking very cool and have a very aerodynamic shape.

What was your first impression when jumping on the Hydro board?

They are balanced very well which allows me to push a lot in any sort of conditions. And with the new aerodynamic nose, we can a reach higher speeds without any issues.

Which sizes would you most likely race on?

Hydro 79 and the HyperGlide 6.0 are already my favourite combo!” 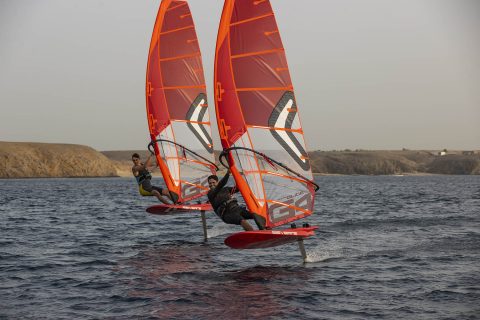