Windsurf MagazineWINDFOILERS WOW AT THE FIRST EVER IQFOIL WORLD CHAMPIONSHIPS

Britain’s elite windsurfers proved their strength in depth with an impressive show at the first ever world championships for the iQFOiL class, Olympic sailing’s newest discipline.

Less than a year since the iQFOiL was announced as the equipment of choice for windfoiling’s debut at the Paris 2024 Olympics, a 19-strong British contingent headed to Italy’s Lake Garda to see how they shaped up against the rest of the world. 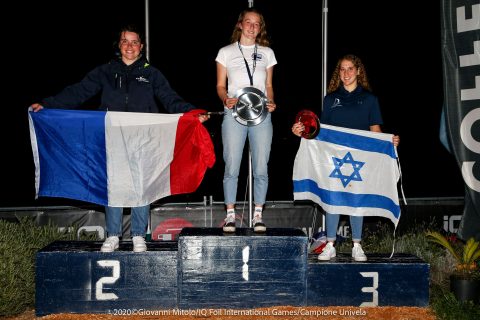 The six-day iQFOiL International Games was only the second major regatta for the new class following on from the European Championships held in Switzerland in August.

Having built a formidable training group operating from the British Sailing Team’s performance base at Weymouth and Portland National Sailing Academy, the event was the first opportunity to benchmark their progress against their international rivals.

They did not disappoint. In the 118-strong men’s fleet, five British athletes finished in the top 20, while in the 66-athlete women’s fleet three Brits made the top 20. 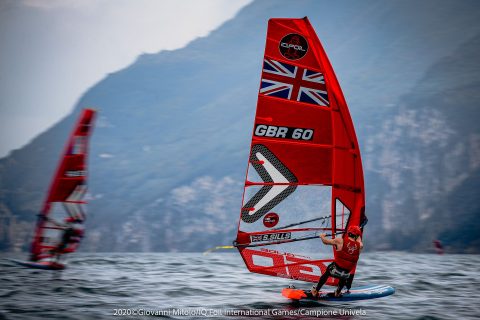 Matt Barton and Sam Sills led the British effort in the men’s competition, finishing the event fifth and sixth respectively, while Islay Watson (pictured above) and Imogen Sills were seventh and ninth in the women’s fleet.

It was a dream result for Barton, a recent convert to the iQFOiL from its Olympic predecessor the RS:X.

“I feel like I sailed really well this week,” the 25-year-old from Bury St. Edmonds said. “My goal was to finish the qualifying in the top 12 and make it to the medal races, then I managed third in the semis which gave me fifth overall. It’s a great start to my foiling campaign for Paris 2024.” 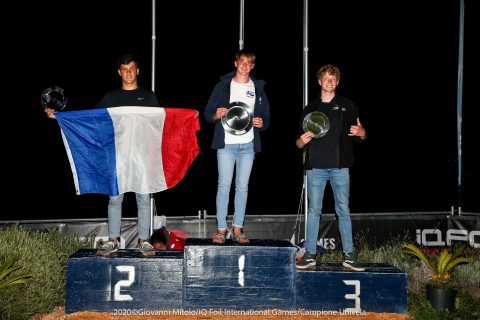 Rising stars Watson and Finn Hawkins made history becoming the class’s first under 21 and under 19 world champions.

Watson, 20, a youth world champion in 2018 in the RS:X, was also the top British female. Her gold in the under 21 category adds to the senior silver medal she won at the class European Championships.

Hawkins, 17, was 14th overall, and only narrowly missed out on taking the under 21 title on top of his under 19 victory.

Like Watson, Hawkins, who won a bronze medal for Team GB at the 2018 Youth Olympics, was also a medal winner at the European Championships, taking the top spot in the youth division. 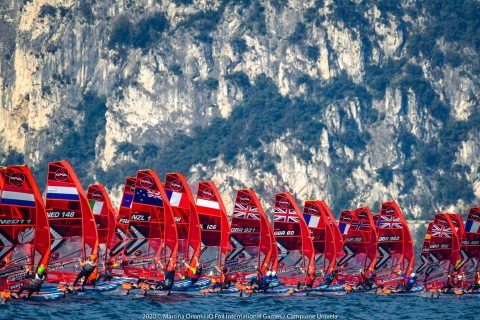 “This event has been a challenge but I have learned a lot from racing against the best in the world,” said Watson, from Aviemore, Scotland. “It is very encouraging to see from these results that the hard training I have done in the UK over this year has been effective. Hopefully I can continue to improve on these results in the future and keep working towards the end goal of a medal at the 2024 Olympics.”

Hawkins, from St Austell, Cornwall, is also targeting silverware at Paris 2024 – and started the regatta with his first ever senior fleet race win.

“It was an amazing event with some intense and exciting racing,” he added. “I’m very happy to be the best in my age category but more excited for my progress in the senior fleet as I’m getting closer to my end goal of winning a medal at the Olympics.” 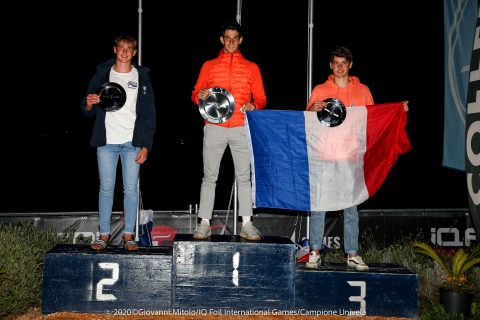 Results from the iQFOiL International Games can be found here.