Speeds new guard, dominate in Fuerteventura.
24 year old Dutch speed star Twan Verseput is the new ISWC speed world Champion. Twan together with a huge junior fleet of young talented sailors from around the world, were the stars of the Dunkerbeck GPS speed challenge.

The speed spot in Matas Blancas in the south of Fuerteventura once again delivered a fantastic week with challenging conditions that pushed the 55 strong fleet of men, women and kids to their limit. Conditions varied all week, from riders being maxed out on their smallest 5.0m sails and speed boards to the minimum wind limit slalom baoards and 7.8 m sails.

The surprise upset from the 1st heat was that 42 times world champion and the winner of the last 3 years at this event was not winning!. The young speed star from Holland, Twan was on form from the start. He then went on to win 3 of the 7 heats and 2nd place in all the rest, despite Bjorn using all his experience to fight back. Both he and the Strong man from Sweden, Markus Emanuelsson had to fight all week for the 2nd and 3rd place positions. With Bjorn on the last heat of the week taking 1st place and 2nd overall. As if to make a point, Bjorn achieved the fastest run of the week at 38.66 knots . The new world champion Twan had this to say at the prizegiving at the prestigious R2 Rio Calma hotel “This is my 2nd time at this event, the Pro Am concept works great here and I would encourage anyone to come. When I was younger I never thought I would be competing with my hero Bjorn Dunkerbeck let alone beat him. I am still in shock“

The women’s fleet went more according to the form book. With the double world record holder Zara Davis from the United Kingdom winning all of her heats to become World champion for the 2nd year. This was despite strong challenges from her rival from last year Anne Schindler from Germany in 2nd place and attending her first speed event PWA rider Miriam Rasmussen in 3rd place. Zara said on winning her 2nd world title at this spot.“ I was super happy to win here again, the other girls are getting quicker every year and I can’t afford to take any round for granted“

The UK had a very strong team of riders entered this year. Jim Crossley who has been to this event 3 times came out top male Brit in 5th place overall. But Nigel Spriggs on his first time at this event made a late charge once he got used to the conditions and was giving Jim a run for his money towards the end. Tim Frampton was the final member of the team who really struggled in the 1st few days but also improved all week and promised to be back next year.

The truely international fleet of riders from all over the world came together to create a very special vibe. Rivals on the water for sure but they offered support, encouragement and help to each other, to go faster and faster. The real stars of the show was the large youth and junior fleets with entries coming as far away as Canada and the youngest entrant, Ancor Sosa at 9 years old. They all performed brilliantly in some very tough conditions, out pushing hard for a hour at a time in their rounds without stopping. They drew some of the biggest smiles from their parents and admiration from the rest of the competitors and public. 1st youth place went to Jonas Thyme from Denmark and the fastest junior Alexa Escherich from Germany.

The last word must go to Bjorn Dunkerbeck the events founder and last years ISWC World Speed Champion.“ We are very happy with this years event, great vibe 4th time at this site and second time hosting the world championships. Congratulation to Twan, at half my age he just had more speed than me this time. But watch out, I will be back!“ 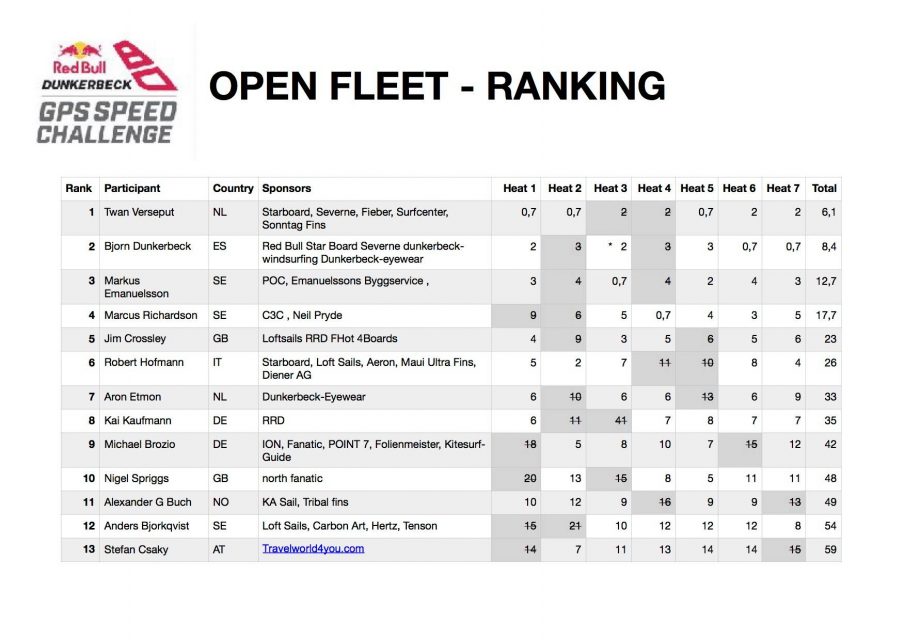 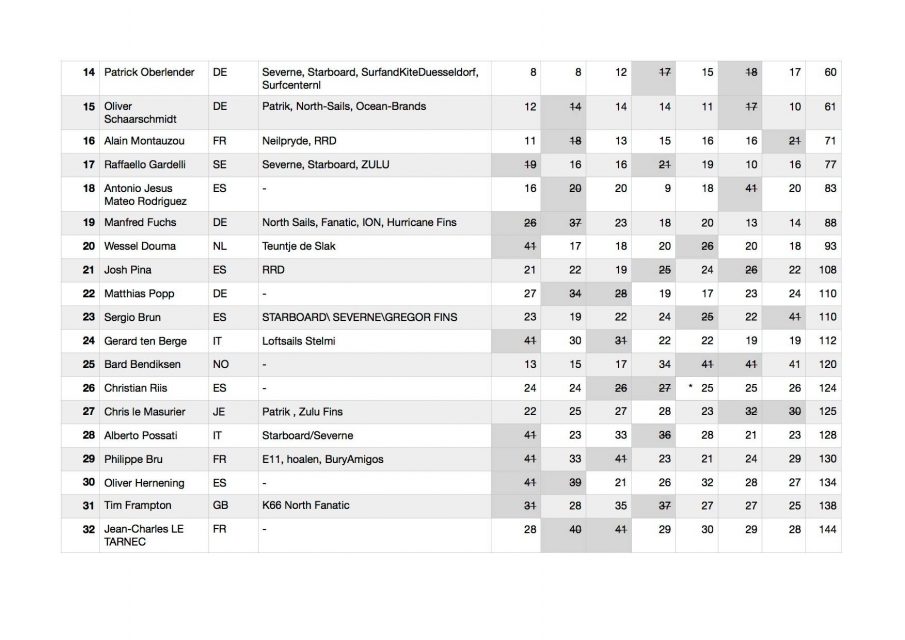 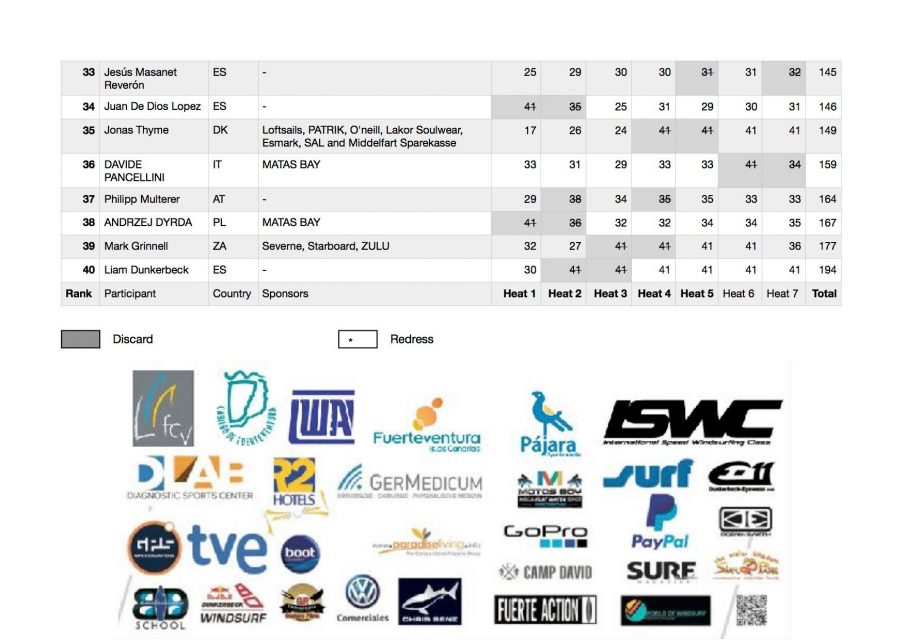 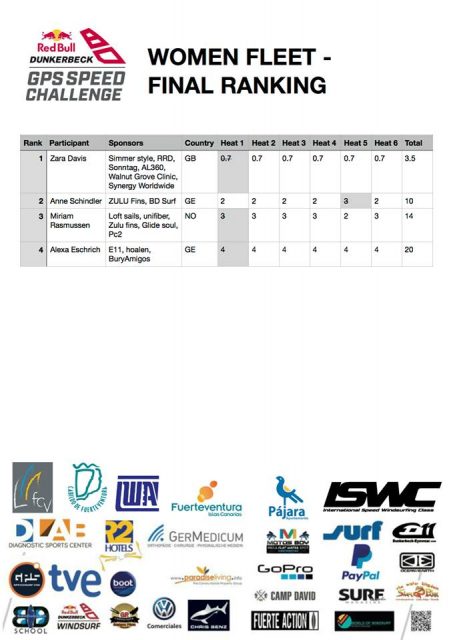 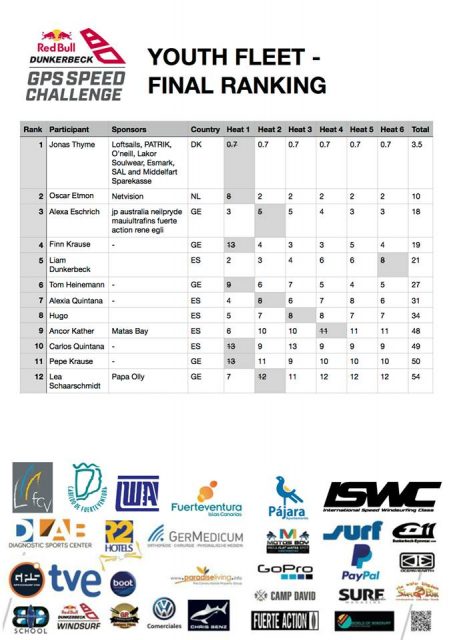